Tufts Medical Center senior executives kept their plan to close 41 pediatric beds a secret until January. Now, doctors and patients are dealing with the fallout of the decision.

At first, Tufts said it would keep inpatient beds for children open until July 1, but with staff leaving for new jobs, the pediatric hospital may be forced to shut down sooner, doctors and nurses told The Boston Globe.

Hospital leaders are asking them to work with the hospital to develop plans to close inpatient services and transition children who need overnight stays to Boston Children’s Hospital, the Globe reported.

But the Globe also reported that pediatric doctors at Tufts are frustrated that they were not notified of the decision until January, and were only asked for help after the decision was made.

Tufts executives have faced backlash since announcing the plan to close pediatric hospital beds, the Globe reported. Both parents of sick children and hospital staff are upset.

Many doctors and nurses told the Globe they pride themselves on serving poor families and immigrants who have few other options for affordable care.

Hospital leaders told the Globe they’re “working through these difficult changes,” but declined to share specifics.

The picture could become clearer by April 1, when Tufts expects to file plans with the Department of Public Health.

“We are working every hour of every day with our physicians and staff and with BCH to collaborate in new ways,” Dr. Michael Tarnoff, chief executive of Tufts, in a statement to the Globe. “Changes in pediatric care require new levels of collaboration. As expected, this work isn’t easy.”

In the meantime, the Globe reported, fewer pediatricians are sending patients to Tufts due to the uncertainty.

Tara Forrest, whose daughter Alexa Pantoja is a Tufts patient, told the Globe the lack of information is causing anxiety for families.

Alexa was diagnosed with an aggressive form of leukemia in 2020, and spent nine months in the hospital getting chemotherapy. She still goes to Tufts for regular appointments with her seven doctors who are monitoring to make sure the cancer doesn’t return.

“We haven’t been told anything yet,” Forrest told the Globe. “We’re all just kind of in a state of limbo. The uncertainty right now is the hardest part.” 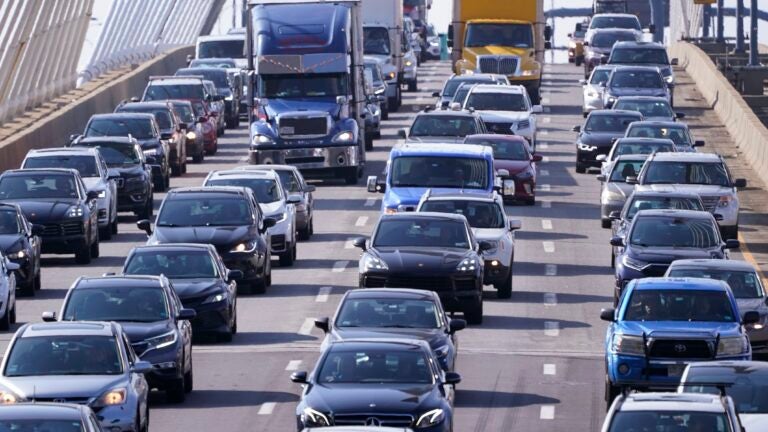 Survey: Boston commuters don’t want to return to their offices, and are more likely to drive if they do