Amherst resident Vincent O’Connor is leading an effort to get the town to change its name.

O’Connor argued at a Town Council meeting on Feb. 28 that the town should change its name so as to stop honoring its namesake, Lord Jeffery Amherst, who advocated for biological warfare against indigenous people via smallpox-infested blankets.

“This person whose name blemishes our community has such an odious reputation that the college named after him has replaced its sports teams’ reference to him in favor of one to an extinct distant relative of the African and Indian elephants,” O’Connor said at the meeting, referencing Amherst College’s mascot switch from the Lord Jeffs to the Mammoths.

“How should we proceed to rid ourselves of the centuries-old colonial imposition?”

O’Connor’s proposed solution is for the town to hold a referendum on the name during the November 2023 election. Residents would vote on whether to change the name, as well as what alternative name to adopt.

As for a new name, State House News Service (SHNS) reported that people have put forth Harriet, in honor of abolitionist Harriet Tubman, or Sumner, after anti-slavery U.S. Senator Charles Sumner of Massachusetts.

Other ideas have included Emily, after Emily Dickenson, whose historic homes are in Amherst, as well as names of local indigenous tribes, SHNS reported.

If the name were changed, it’s unclear whether Amherst College or UMass Amherst would change their names as well.

Amherst is the latest among many towns in Massachusetts and elsewhere to consider changing names and symbols because of their ties to racists, slavery, colonialism, and imperialism.

Last month, a panel suggested the town of Newton change its seal because of its depiction of a Christian missionary preaching to Native Americans. 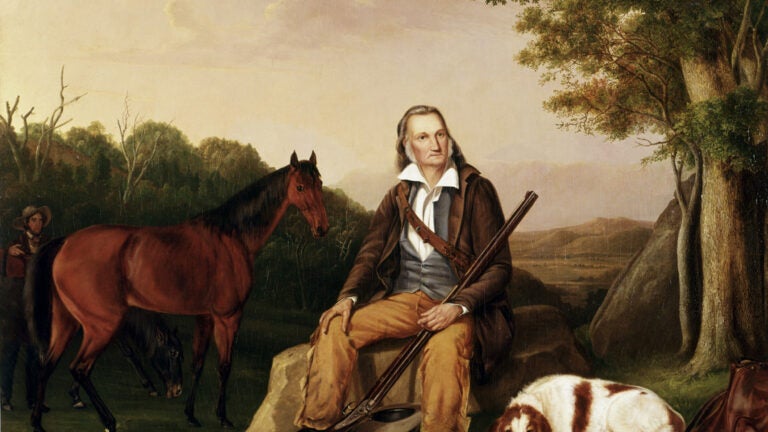 ‘No plans’ for a name change at Mass Audubon