As the country continues to contend with a federal mask mandate while flying the friendly skies, U.S. Sen. Ed Markey is asking for it to stay in place.

The mandate, set to expire on April 18, has remained while masking for many indoor spaces has been lifted. In other parts of the world, like in Danish airports and at Heathrow Airport in London, mask requirements have been dropped.

But Markey argues in a letter to the CDC and TSA, dated Monday, that the mandate should be kept.

“Although cases of COVID-19 in the United States have declined from this winter’s peak, the virus continues to pose a threat to the public, particularly for seniors, the immunocompromised, and individuals with disabilities,” he wrote. “The emergence of a new and even more transmissible variant only confirms that COVID remains a serious, ongoing danger. For that reason, I urge CDC to consider extending its mask order and continue requiring masks on public and commercial transportation.”

Markey noted that the mandate from the CDC has been in place since February 2021, and requires passengers in all modes of public transportation and inside “transportation hubs” to wear masks.

“Public transportation systems such as airplanes, airports, commuter rail, buses and transportation hubs are particularly likely locations for COVID-19 to spread because they bring together diverse groups of people in enclosed spaces for extended periods,” the senator wrote. “Given the increased transmission risk in those settings, the mask mandate serves as a crucial defense against the virus. It helps prevent people with COVID-19, including pre-symptomatic or asymptomatic individuals, from spreading the virus and protects non-infected individuals from exposure to the virus.”

The mandate was recently extended by the TSA to the new April date.

“But during that period, TSA announced, CDC will develop a revised framework for mask use on public transportation based on factors such as COVID-19 community levels, risk of new variants, national data, and the latest science,’’ Markey said. “This language suggests that the universal masking order will expire on April 18 and be replaced with a new framework.”

While Markey noted that cases have dropped, he voiced concern about the BA.2 variant, which he said has been calculated to account for about 70 percent of current COVID-19 cases in the country.

“Now is not the time to abandon low-cost, effective policies, such as universal masking on public transportation, which save lives and enable all Americans, including seniors, the immunocompromised, and individuals with disabilities, to safely participate in society,” Markey wrote. “If CDC and TSA do modify these requirements, they must center efforts to protect those at highest risk.”

Markey then listed five questions about the mandate, asking what evidence indicates the mandate should expire, whether the CDC has considered the potential impacts on the most vulnerable, and whether staff have met with members of the disability community on the issue. 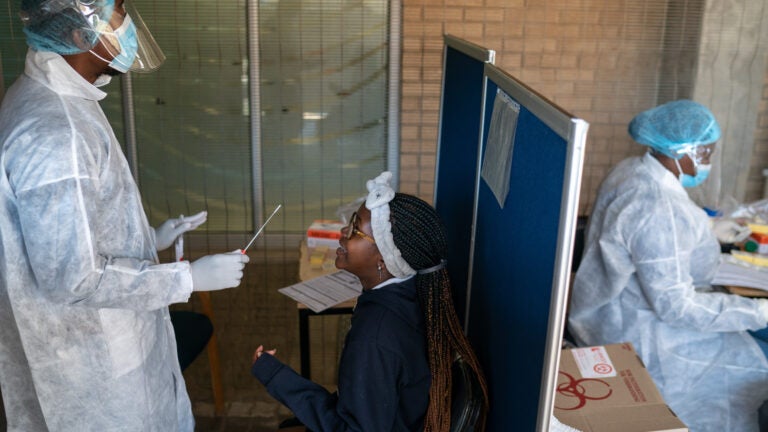