In March, Somerville landlord Mouhab Rizkallah sued the editors of The Tufts Daily, the university’s independent student newspaper, for libel. Rizkallah alleged the paper refused to correct part of a story about him that he says implies he was lying.

The parties have now come to an agreement and had the case dismissed, but the suit has brought greater scrutiny to Rizkallah and his businesses. The case was dismissed with prejudice, meaning it cannot be refiled.

Tufts students Alexander Janoff and Emily Thompson were sued for $50,000 to make up for the libel, emotional distress, and invasion of privacy Rizkallah claims he suffered.

The issue stems from an article Thompson wrote that was published Feb. 11.

The article is about advocates and tenants of LaCourt Realty, Rizkallah’s realty company, protesting Rizkallah’s decision to sue a tenant for nearly $29,000 in what he says is unpaid rent, as well as his alleged decision to raise rent and evict people during the pandemic.

The paragraph in question reads: “Rizkallah repeatedly claimed the people protesting were members of the Greater Boston Tenants Union and not LaCourt tenants.”

In the lawsuit, Rizkallah says he told Thompson in e-mail messages that he recognized one of the people there as one of his tenants. That person was quoted in the next paragraph of the article.

After the article was published, Rizkallah says, he asked the newspaper to change the article, and they refused. He also says in the lawsuit that Janoff admitted to him that he knew Rizkallah had said he recognized one tenant, and that the article was inaccurate.

In the lawsuit, Rizkallah says the article could damage his reputation in the community and has caused him emotional distress.

On April 1, the parties came to an agreement and dismissed the case.

Evan Fray-Witzer, the defense lawyer representing the students through the Student Press Law Center told The Boston Globe last week that he thought the lawsuit was a petty attempt to bully young journalists, and that he didn’t think it would hold up in court.

“I think Dr. Rizkallah reconsidered the wisdom of suing two college kids,” he told the Globe in response to the dismissal.

Janoff told the Globe he was relieved the lawsuit was settled.

“I’m just really happy that this is all over, and I’m really proud of everyone at the Daily. The community really came together to support us which was incredible,” he said.

Thompson told the Globe she was glad her work was vindicated.

“I’m excited to move on from this and continue writing about what really matters. My hope is to return my focus to local issues,” she said.

Rizkallah commented on the lawsuit in a statement to Boston.com. “It is unfortunate that it all came to this. Unfortunately, the 2 people in question wrote a misleading article that caused harm to me and my dedicated staff. Whether students or journalists in a paid position, they have a responsibility to report the truth, and I held them accountable for a short time. Earlier today, the parties came into agreement to drop the lawsuit. I truly wish them great success.”

Last year, Rizkallah was sued by Massachusetts Attorney General Maura Healey on two different fraud claims related to his business as an orthodontist.

Firstly, in February 2021, she filed a suit claiming Rizkallah was keeping braces on children with MassHealth coverage for years longer than medically necessary to make more money off their healthcare. 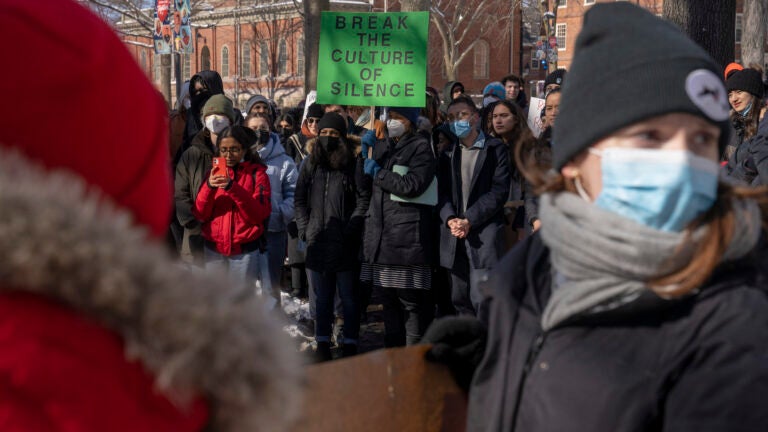