Two workers were stabbed Monday morning at a construction site in Cambridge by a co-worker over what police said was an alleged debt.

Police said officers responded to the report of the stabbing at a construction site on Wheeler Street around 7:15 a.m.

Cambridge Deputy Superintendent Pauline Wells said the incident took place on the third floor of an apartment building that is under construction.

Salvant is accused of first stabbing a male victim, who was on a ladder, in the leg over an alleged debt.

“The assailant kept saying that ‘he owes me, he owes me,’ ” Wells said.

When another male co-worker attempted to intervene, police said Salvant stabbed him in the back. A third colleague was able to disarm the 21-year-old, who was holding a folding knife, and restrain him until officers arrived and handcuffed him, police said.

Police said that officers and first responders had to use ladders and an unfinished stairwell to get up to the scene.

Both victims sustained serious injuries that are not believed to be life-threatening, according to police. They were treated at the scene, extricated from the construction site by Cambridge fire personnel, and then transported to a local hospital.

Salvant is expected to be arraigned Monday afternoon in Cambridge District Court. 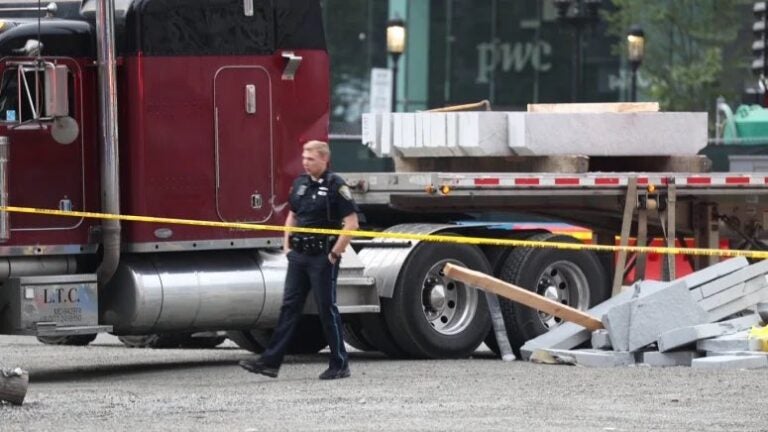