A Brockton man who has been incarcerated for 31 years and was sentenced to life in prison without parole will soon be allowed to walk free.

Thomas Koonce, 55, is one of two men who received the first commutations in Massachusetts since 2014, the Brockton Enterprise reported. Commutations are rare in Massachusetts, but they are the only way lifers get a chance of ever leaving prison.

The newspaper reported earlier this year Gov. Charlie Baker recommended Koonce for one of his first-ever commutations in January, and the Governor’s Council approved it in February. This commuted his sentence from first-degree murder to second-degree murder, making him newly eligible for parole.

According to the Brockton Enterprise, Santos’s murder stemmed from an altercation between two groups of men, one from New Bedford and one from Brockton, which ended with Koonce shooting Santos from the passenger seat of a car.

In its decision, SHNS reported, the board wrote that Koonce has “taken responsibility for the death of Mr. Santos and has spent his incarceration working towards his rehabilitation,” describing him as “remorseful and empathetic towards the Santos family and the community.”

According to the Enterprise, Koonce took over running the Second Thoughts program — a program in which prisoners mentor at-risk youth to try to prevent them from going down a path towards incarceration — in 1994.

A former Marine, Koonce also created the restorative justice program at MCI-Norfolk, where he is incarcerated, with a group of inmates, the Enterprise reported.

Koonce’s self-development in prison included earning a bachelor’s degree and vocational skills before the possibility of parole was even an option, SHNS reported.

“He has had an excellent adjustment and has taken extraordinary steps to improve himself and the lives of other incarcerated individuals,” the board wrote, SHNS reported. “He has been a mentor and facilitator to many in the incarcerated population.”

When he leaves MCI-Norfolk, SHNS reported, Koonce will be required to spend four months in the Criminal Resources for Justice program at Boston’s Brooke House, a transitional home for men leaving prison.

He will then be living under an approved home plan and be electronically monitored, supervised to make sure he does not use drugs or alcohol, and will be disallowed from leaving his home between the hours of 10 p.m. and 6 a.m., SHNS reported.

Koonce will not be allowed to have any contact with the victim’s family, SHNS reported, and must receive counseling to help him adjust to life outside prison.

During his commutation hearing in January, Koonce apologized to the Santos family, saying he knows their lives “will never be the same,” SHNS reported.

“I take full responsibility for taking his life,” Koonce said of Santos. “My life will be forever dedicated to giving back to society.”

The Santos family opposed Koonce’s release. According to SHNS, at his commutation hearing in January, they wrote to the panel:

“Our family is asking your honor not to renege on a promise the state of Massachusetts made to our family in 1992. It was the promise of life in prison without a chance at parole that ensured our family that we deserved justice for our loved one.”

At the Governor’s Council commutation vote in February, SHNS reported, Councilor Terry Kennedy, of Lynnfield, made clear that he believed Koonce and the other petitioner, 48-year-old William Allen, of Brockton, were guilty, but that he believed mercy was warranted.

“I just want to be clear that I think that both of these men should have been convicted,” he said. “They both committed very, very serious crimes and young men died as a result of their actions. … It doesn’t mean that they’re innocent of what they did. And they’ve paid a very high price for what they did. But I think they’ve both paid enough.” 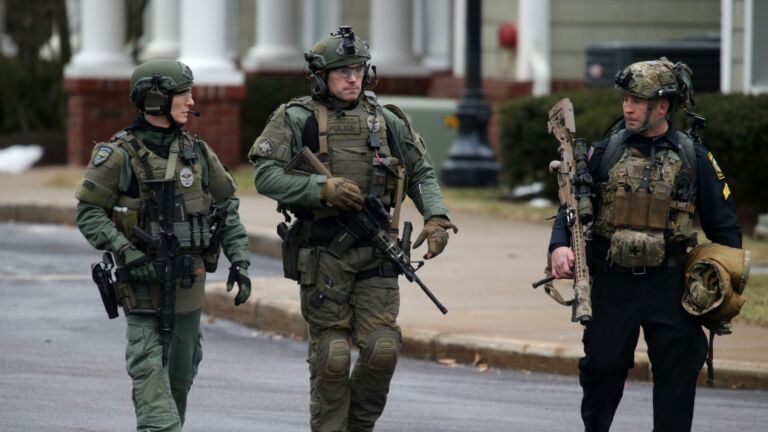