NEW BRITAIN, Conn. (AP) — Dozens of ghost guns, a 3D printer and homemade bombs have been seized in Connecticut as police arrested a man they believe was manufacturing and selling a variety of illegal firearms, law enforcement officials said Wednesday.

Gerent-Mastrianni was detained on $500,000 bail. It was not immediately clear if he has a lawyer who could respond to the allegations. Police said Gerent-Mastrianni, who holds a valid pistol permit, had an illegal ghost gun pistol on him when he was arrested.

Police obtained warrants to search Gerent-Mastrianni’s home and vehicles and seized about 125 firearms — most of them ghost guns — as well as components capable of making guns fully automatic. 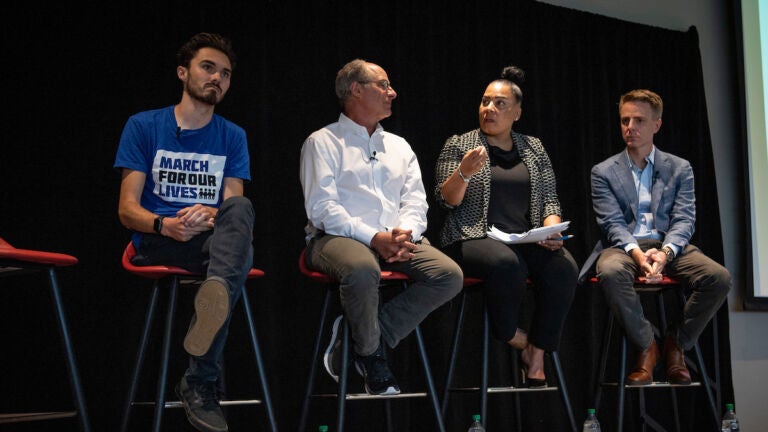 Here are the 2 gun issues in Mass. that have Rachael Rollins 'worried'