An Attleboro man who trafficked the gun used during a 2020 Braintree mall shooting was sentenced to nearly five years in prison, according to a statement Friday from U.S. Attorney Rachael Rollins’ Office.

Richard Philippe, a 42-year-old man from Attleboro, was convicted for illegally transporting guns from Georgia to Massachusetts, according to the statement. Since Philippe was previously convicted of illegal firearm possession in Rhode Island, officials said he was also convicted Thursday of being a felon with a firearm.

Philippe was sentenced to 57 months in prison and three years of supervised release, according to Rollins.

In 2019, officials said Philippe purchased dozens of guns in Georgia from a straw purchaser. Philippe returned with the guns to a warehouse in Taunton, where he sold them for cash, according to the statement.

Philippe, who had a prior felony firearms conviction in Rhode Island, had neither the lawful ability to possess firearms or ammunition, nor a federal license to deal in firearms, according to the statement.

Officials said the investigation into Philippe grew from a July 2019 undercover gun purchase from a Brockton drug dealer. Officials said the dealer had sold more than a dozen other guns from Philippe “into criminal commerce on the South Shore.”

The investigation led police to Philippe’s warehouse in Taunton, where they found dozens of guns traced back to the Georgia purchaser, according to the statement. Officials said Philippe sold the guns out of his warehouse for cash.

Guns throughout the South Shore were traced back to Philippe’s trafficking, according to the statement. Officials said this included the gun used by a gang member in 2020 at the South Shore Plaza in Braintree, where a 15-year-old was non-fatally shot in the hand and chest.

Officials said one of Philippe’s guns was found with 12 bullets sitting in a pile of leaves in a Taunton parking lot. Another gun was found in a vacated hotel room in Brockton. 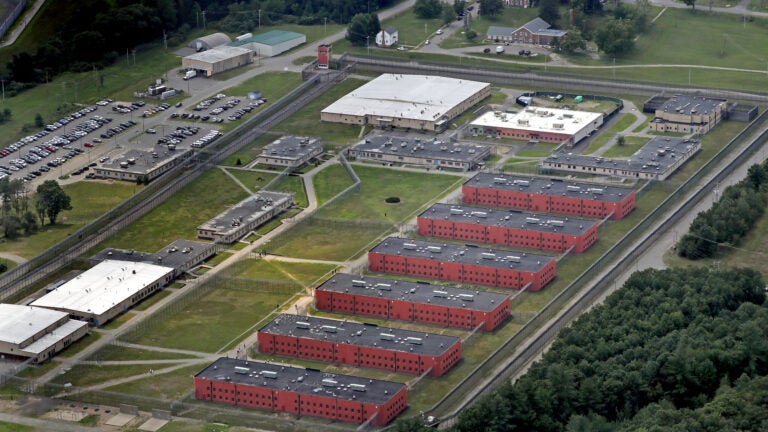