Sixty-seven senior citizens living at Beverly assisted living facility Motif by Monarch have been told they have 90 days to find new homes while the building undergoes a one to two-year renovation.

Monarch Communities, which owns the 100-year-old building, say it’s in the best interest of the residents to vacate the premises so management can address several issues with the building. Some hazards include a faulty sprinkler, leaky roof, a broken elevator, and a rat infestation, according to an NBC Boston report.

“Obviously it’s not our intention to kick someone out on the street,” the company’s Managing Partner Russ Dingman told WBZ.

The company will help the elderly residents find new homes and will offer financial assistance for their moves. But local advocates say it’s not enough.

Beverly social worker Rebekah Nickerson, who has worked with the senior community at the Beverly Council on Aging and Senior Community Center, said the town is already stressed for affordable and subsidized elderly housing.

“Many struggle to pay rent and afford food and cannot front the cost of moving in the midst of what I would call a housing crisis,” Nickerson told Boston.com “We consistently have had homeless seniors with complex medical needs unable to find housing. This will put an even greater strain to the already years-long waitlists low-income seniors are on to get housing.”

“I would not be surprised to see some seniors become homeless due to this closing,” Nickerson added.

Many of the ousted seniors are on PACE, a MassHealth and Medicare program that provides in-home services and comprehensive nursing care for vulnerable, low-income seniors, according to Nickerson.

In a report by The Salem News, Paul Lanzikos, the state’s former elder affairs secretary and former executive director of North Shore Elder Services, said he’d never heard of such a situation and called the three-month notice “outrageous.”

“This is not any average population that’s being displaced,” Lanzikos told the outlet. “These are frail, at-risk individuals, and disrupting them in even relatively modest ways can be problematic.”

It’s not clear if residents will be able to move back in once the renovations are finished. 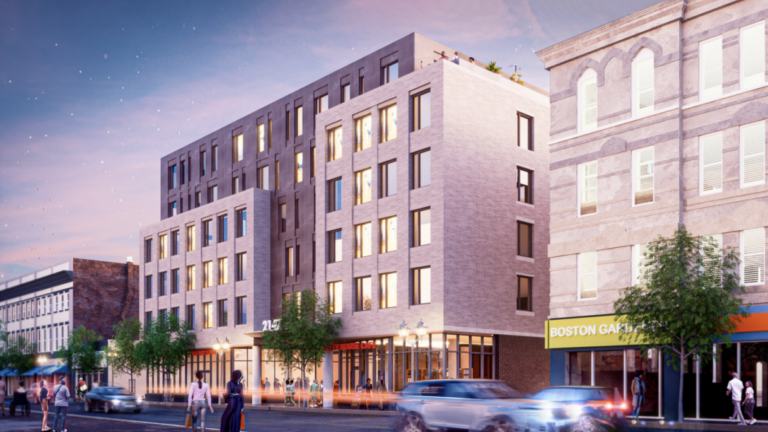 Here’s the latest on the new mixed-use, transit-oriented development coming to Nubian Square