JOHANNESBURG — As a tax fraud investigator with the South African Revenue Service for 18 years, Ronel van Wyk led a squad that tracked down smugglers and other criminals, with a 90% conviction rate.

Then she got an email that left her mystified: A team from the U.S. consulting firm Bain & Co. had been hired to overhaul the revenue service, even though the agency had been regarded as effective by the International Monetary Fund and other international organizations. Consultants with Bain, empowered to make personnel decisions, soon told her that she and her entire team were being demoted — stripped of their ability to go after tax cheats.

Van Wyk was one of dozens of revenue service employees who were sidelined in 2015 in what is now widely seen as an effort by Jacob Zuma, the country’s president at the time, to control the tax agency, according to a report that emerged in January from a far-reaching judicial inquiry into the nine graft-ridden years of his administration.

During Zuma’s tenure as president, corruption seeped into nearly every facet of South Africa’s government, the inquiry has found, and the corruption of the tax collection agency stymied the country’s ability to provide basic services, like housing and electricity.

The report, which followed a series of hearings over four years, said that Bain & Co. worked in “collusion” with Zuma in “one of the few instances where President Zuma was himself directly and personally involved in the activities and plans to take over a government entity.”

Bain was one of several international companies, including McKinsey and KPMG, that helped facilitate that corruption, according to the report, which was overseen by Raymond Zondo, deputy chief justice of South Africa’s Constitutional Court at the time. (He has since become the chief justice.) The first part of the report covered Bain’s role at the tax agency.

Bain, according to the report, struck up a “collaboration” with Ambrobrite, a local communications and project management company that had little experience in the public sector but a direct link to Zuma. Ambrobrite was co-founded by a soap opera producer, Duma ka Ndlovu, who produced a telenovela with one of Zuma’s daughters.

Bain’s managing partner in South Africa, Vittorio Massone, hired Ambrobrite in 2013 to help expand Bain’s business with government agencies. Ambrobrite eventually became Bain’s second-highest-paid local “adviser” out of 53 worldwide, according to the judicial commission’s report, which relied on a trove of emails.

Bain said that a forensic investigation of its work at the South African Revenue Service by the law firm Baker McKenzie found that while the company had made mistakes, it had not “intentionally harmed” the tax agency.

In a statement to The New York Times, Bain singled out Massone for wrongdoing. Bain said that he had set up meetings with Zuma on his own time and that he had developed that relationship without the approval of the firm’s leadership.

Massone, who left Bain in 2018, did not respond to a request for comment.

In the emails submitted as evidence to the inquiry, Massone’s colleagues, fearing a political scandal, raised concerns about Ambrobrite’s poor track record. Massone dismissed his colleagues’ warnings, according to those emails.

An employee in the Johannesburg office alerted her colleagues in London to what she believed was Ambrobrite’s fraudulent tax compliance certificate. “This whole situation seems very dodgy,” read one email from Geoff Smout, Bain’s director of finance in London.

Ambrobrite did not respond to requests for comment, and it did not testify before the commission, either. It was never charged with fraud.

Wendy Miller, Bain’s global head of marketing at the time, wrote to Massone as concerns over the Ambrobrite deal reached the head office in Boston. She feared that by hiring a virtually unknown local company with ties to Zuma, it would look like Bain was just trying to buy influence.

“I am concerned that we are trading off short term access for long term issues,” Miller wrote in an internal email in 2014.

She wrote that Bain was trying to recover its reputation after the presidential election in 2012, when the Republican candidate, Mitt Romney, was criticized for his work at the consulting firm. Miller, who has since left Bain, did not respond to a request for comment.

Internal presentations by Bain, handed over to the commission as evidence, show that the company pitched proposals to Zuma to restructure other state-owned agencies, like the ones that oversee communications and energy, so that Zuma would have direct oversight of them. This, the judicial commission said, could break South African laws that forbid the head of state from directly controlling state enterprises.

Massone and Zuma met 17 times from 2012 to 2014. The commission’s report suggested that those meetings and the fact that Bain knew who would become the new head of the tax agency — Tom Moyane — before it was made public were evidence of a plan between the consulting firm and the presidency to infiltrate the revenue service “and cause damage to the institution.”

Bain helped to prepare Moyane, a Zuma loyalist, to take over the tax agency as its new commissioner. Moyane is blamed for destabilizing the agency and losing millions of dollars in tax revenue.

At the time, Zuma was facing accusations of tax evasion, and the first order of business was to “neutralize” revenue service employees seen as obstacles, according to evidence presented during the inquiry. The inquiry report described Bain’s work with Moyane as “one of the clearest demonstrations of state capture,” a term used to describe politically connected individuals and businesses getting rich off state agencies.

Zuma was forced to step down in 2018 after Cyril Ramaphosa became head of the governing African National Congress. Promising to root out graft, Ramaphosa soon fired Moyane. Moyane did not respond to a request for comment.

Zuma, through his foundation, did not respond to a request for comment. He also refused to testify before the commission, leading to his imprisonment for contempt of court.

It is not clear to what extent Bain had a direct role in the day-to-day running of the tax agency during the two years it was under contract. But tax agency executives who left told the commission that once Bain arrived, officials stopped holding town hall-style meetings and instead made big decisions behind closed doors.

Under a new commissioner appointed after Moyane, the revenue service filed a criminal case against Bain in August 2019 for contravening South Africa’s financial laws because its annual contract was renewed several times without the proper public process. That case is still open. The judicial commission also suggested that prosecutors investigate Bain’s conduct and that all of its contracts with the South African government be reviewed.

In January, Bain was forced to resign from Business Leadership SA, an association of corporations in South Africa.

Bain’s work at the South African Revenue Service was first scrutinized during an inquiry in 2018 that led to Moyane’s firing. This latest report, however, accuses Bain of a lack of transparency and cooperation with South African investigators.

Bain has sought to make amends, apologizing to South Africans and paying back its fees. The consulting firm also launched two internal investigations into its conduct in South Africa, including the inquiry by Baker McKenzie.

The other investigation backfired on Bain.

In 2018, the company hired Athol Williams, a former employee who was from South Africa, to review what happened in its South African operations. But Williams quickly turned against the company, saying that Bain officials ignored his questions about gaps in the internal investigation. His role felt ceremonial, he said in an interview.

Williams became a whistleblower and was the source of many of the emails and other information that the judicial commission relied on to produce its report. He has written a book about Bain’s work at the tax agency and has been very critical of the company on social media.

“It was only one consulting firm sitting at the table, with Jacob Zuma and his cronies, designing the state capture plan,” he said.

Van Wyk, the tax fraud investigator, said that after she was demoted, she was threatened by criminals emboldened after they learned that the tax agency’s policing and investigations units were paralyzed by internal strife.

She was subjected to seven internal investigations at the revenue agency in what she believes were attempts to push her out as she tried to press on with sensitive investigations. She later had two mild strokes and said she still struggles to recover from the physical and mental effects of what happened to her on the job.

“You start questioning yourself and your own decisions, and you see conspiracies everywhere,” she said. “But then you realize, after five years, that it was not conspiracies. You were right. And nobody wanted to listen to us.”
This article originally appeared in The New York Times. 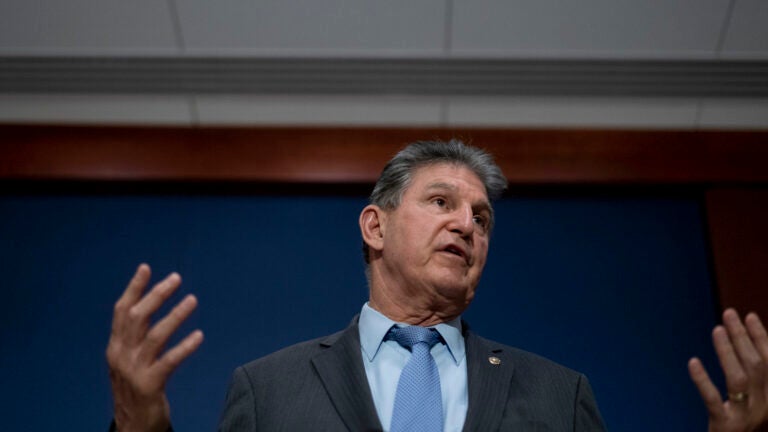