An invasive flatworm called the hammerhead worm has been spotted in Maine, and it is both toxic and hard to kill, the Bangor Daily News reported.

The worm was first spotted last fall in southern and central Maine, the newspaper reported, and could be a headache for farmers because it is predatory towards earthworms which are essential for healthy soil.

The worm is called the hammerhead worm due to its hammerhead shark- or shovel-shaped head. According to the Texas Invasive Species Institute (TISI), the worm is usually light or honey-colored, with one to five thin dark stripes.

The TISI said the body is snake-like, and can be up to 15 inches long, but is usually eight to 12 inches and very narrow.

The worm is native to southeast Asia and Vietnam, the TISI said. It prefers hot, humid environments, the institute said, so it typically lives in tropical and subtropical areas, but can also thrive in greenhouses, which the worm can get into through transported mulch and soil.

So far, in the U.S., it has formed colonies largely in the South, but has been found in greenhouses as far north as New York and Massachusetts, the TISI said.

The worm is difficult to kill because it reproduces asexually through a process called “fragmentation.” The TISI said this happens when a small rear portion of the worm pinches off and is left behind as the worm moves forward. Within about 10 days, it said, the head begins to form, and this can happen a few times a month.

The biggest ecological threat the worm poses, the TISI said, is that it feeds on earthworms, which are vital for the health of forests, crops, gardens, and composts.

The worm also secretes toxic chemicals through its skin to make itself noxious to predators, the TISI said. These chemicals can cause skin irritation in humans if they hold the worm. Additionally, many hammerhead worms carry parasitic nematodes within them.

Thus, the TISI said, safe and effective disposal of the worms is important.

The institute said the worms can be killed using citrus oil and salt, citrus oil and vinegar, or vinegar alone. These substances should be applied directly to the worm, it said.

Placing the worm in a sealable plastic bag with these substances is an easy way to make sure the worm doesn’t crawl away or split, the TISI said. It said to dispose of the bag with the worm inside it, and to be careful to make sure you capture the whole worm. 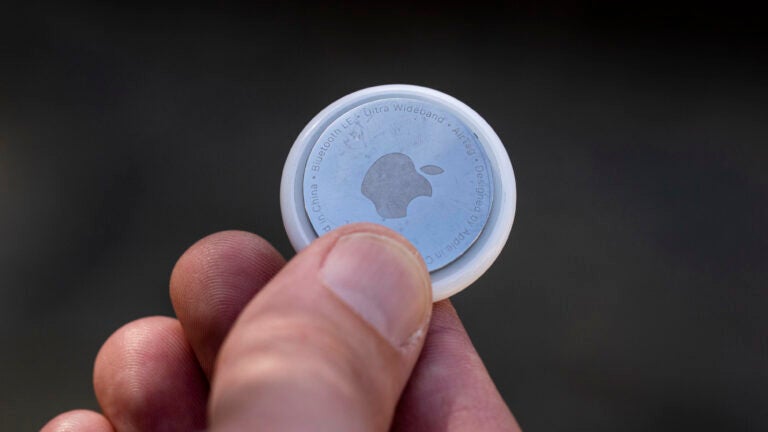 Some are using Apple Air Tags for nefarious purposes. What local security experts say you should know.