Cambridge City Council voted to continue construction of protected bike lanes near Porter Square despite a recent outcry from residents.

The project is in accordance with the 2020 Cycling Safety Ordinance passed by the council which called for 25 miles of protected bike lanes to be constructed in the city, including along Massachusetts Avenue.

According to local activists, these bike lanes will remove parking in that area and impact the local businesses. Activist group Save Mass Ave put together a petition against the bike lanes.

“The City needs to implement a design that preserves parking, prioritizes public transportation, and provides safe conditions for people of all ages and abilities traveling by bicycle and foot,” reads their website.

Other residents sent in emails expressing their concerns.

“The vast majority of Mass. Ave. users do not bike. Never have, never will,” wrote Cambridge resident Michael Massagli.

Lisa Sebell-Nevins, another Cambridge resident, expressed concern about the impact of the bike lanes on local businesses.

“Small businesses, already hurt by the pandemic and the lockdowns, will be forced to close or move,” she wrote in an email.

Some small business owners in Porter Square put up signs prior to the vote as well.

“City of Cambridge plans to give away Porter Square,” read the header of the signs.

However, on the other side of the bike lane balancing act lies cyclist safety.

In a 2020 report — the same year the ordinance was passed — from the city of Boston EMS, analysts reported 55% of all bicyclist incidents involved a motor vehicle.

Vice-mayor of Cambridge Alanna Mallon posted on her Twitter in support of the construction continuing.

“Every fatality on our roads matters, and is a tragedy,” she wrote.

Cambridge City Councilor Burhan Azeem also posted on his Twitter in support of the project, which is slated to wrap up in 2026.

“Enough is enough. At some point, you want bike lanes or you don’t…Let’s get these bike lanes done!” he wrote.

“I bike, walk, use public transit, and drive through Porter Square,” said Elizabeth Petit, of Cambridge, in an interview with WBUR, “but I feel the least safe when biking because of how many close calls I’ve had. It’s really quite stressful.” 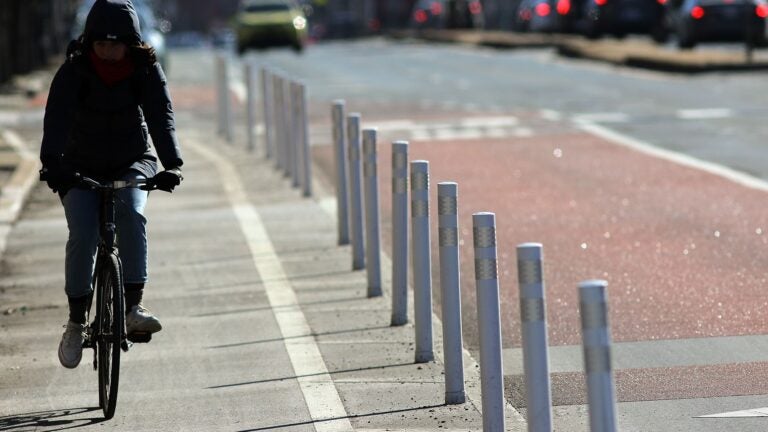 The Cambridge bike lane battle is heading to court