A 35-year-old man died Saturday after crashing his pickup truck into a cranberry bog in Carver.

Two 911 calls were received at about 7:50 p.m. Saturday, according to a statement from Carver police. The caller reported a vehicle was in the water around 7 Holmes Street and the driver was still inside the vehicle.

First responders arrived to find a GMC Sierra on its roof with the passenger compartment underwater, according to the statement.

Police said the officers on the scene, including the police chief, immediately entered the water. Local bystanders attempted to assist as well.

After removing McGaffigan from the truck, EMS began life-saving measures and took him to Beth Israel Hospital in Plymouth.

Despite the “herculean lifesaving efforts of everyone involved” he did not survive, police said.

It appeared McGaffigan drove off of the dirt road down an embankment into a pond and the truck landed upside down in the water and trapped him, according to the preliminary findings of the DA’s office.

Police said the crash appeared to be a “very tragic accident,” but investigations are still underway. 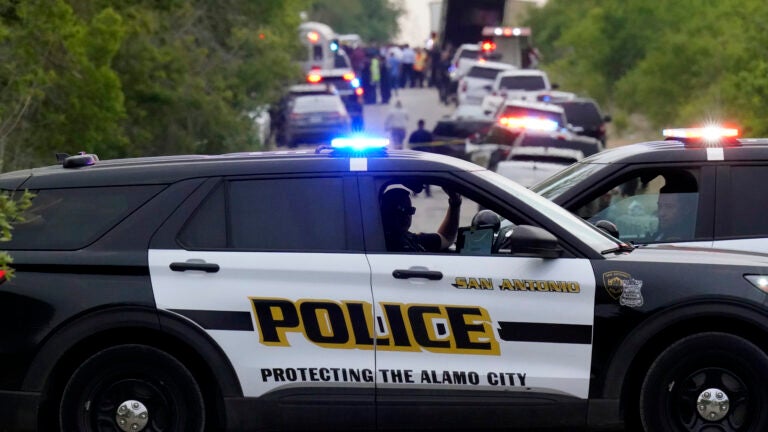