Two were firefighters who were battling the blaze at the Red Jacket Mountain View Resort in North Conway. None of the injuries were life-threatening according to the New Hampshire Department of Safety. There were no reports of any guests who were unaccounted for, officials said.

Guests could be seen fleeing the hotel with some jumping from upper-level to lower-level balconies and then to the ground to escape the flames and smoke, officials said.

Seventy-five rooms were burned off of the hotel and part of the structure was in danger of collapsing, Conway Fire Chief Steve Solomon told WMUR-TV.

“It’s a calculated risk,” Solomon said of the dangers faced by firefighters trying to extinguish the fire and save lives. More than two dozen agencies, including many firefighting companies from nearby communities, aided North Conway in fighting the fire.

A section of Route 16 in North Conway was shut down Saturday as emergency crews worked to extinguish the fire. The first report of the fire came in at about 2:47 p.m.

The road was reopened Saturday night, but safety officials urged motorists to avoid the area if possible.

In a statement, hotel officials said the safety of their guests remained their top concern.

The resort is a large family retreat in New Hampshire’s White Mountains and is home to Kahuna Laguna, an indoor water park. On its website, the hotel also advertises itself as an ideal location for weddings.

The New Hampshire State Fire Marshal’s Office is aiding in the investigation. Officials have not said what might have caused the fire. 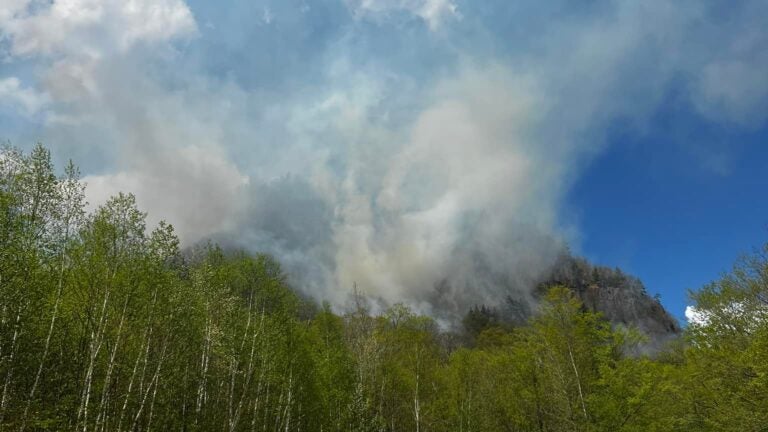