A Worcester man has been indicted in a 12-year-old cold case rape of a woman in New Bedford.

On March 18, 2010, a 23-year-old woman reported that she was walking along Coffin Avenue in the north end of New Bedford when she was attacked by two men, according to a statement from the district attorney’s office.

The men reportedly struck her in the head and dragged her to a secluded area, where one of the men – who authorities have since identified as Trudeau – raped her as the other man held her down.

The woman was unable to see either of the men because they were wearing hoodies, but she provided a description to the police, prosecutors said.

The victim was then transported to St. Luke’s Hospital where a sexual assault evidence collection kit was administered, the statement said.

But that kit and more than 1,100 others from Bristol County were never tested by the state.

“After our office became aware of the scope and breadth of the problem with untested rape kits in Bristol County and throughout the state, we took action to obtain a federal grant,” the district attorney’s office said in a statement. “We then began the painstaking process of inventorying and prioritizing all untested rape kits in our county, and are now in the process of getting all 1,148 previously untested Bristol County rape kits fully tested by a private lab under the Sexual Assault Kit Initiative (SAKI) grant obtained by District Attorney Quinn in 2019.”

The New Bedford rape kit was tested in February, resulting in a CODIS (Combined DNA Index System) hit to Trudeau.

“If this victim’s rape kit had been fully tested in 2010, it would have matched to the defendant’s DNA sample provided after his federal conviction in 2015 for child sexual exploitation,” the district attorney’s office said. “Furthermore, if we had not undertaken this initiative and brought this issue to light statewide, the kit would likely never have been fully tested and the case would have remained unsolved.

“The statute of limitations on this case would have expired in March 2025,” the statement continued. “We are hopeful that this case will be the first of several to be solved thanks to our initiative.”

Trudeau is scheduled for a dangerousness hearing Tuesday at 2 p.m. in Superior Court at the Justice Center.

“I am extremely pleased that our rape kit testing initiative has already resulted in indictments against this defendant for a cold case violent sexual assault committed more than a decade ago in New Bedford,” Quinn said. “This case demonstrates the importance of fully testing all sexual assault kits … Victims who have been sexually assaulted have gone through a very traumatic experience and have a right to have these kits fully tested, especially when an assailant cannot be identified.”

The district attorney’s office said the decision to look closer at the number of rape kits that went untested across the state came after John Loflin was convicted in 2013 for the 2002 cold case murder of Marlene Rose in New Bedford.

Loflin had previously been charged with a 1997 rape in New Bedford. In that case, a rape kit had been administered to the alleged victim, but it was never tested, Quinn’s office said.

“After Marlene Rose was murdered in 2002, DNA evidence was collected and sent to the state lab for testing,” according to a statement from the district attorney’s office.  “If the 1997 rape kit had been fully tested at the time, the Marlene Rose DNA evidence would have matched to that 1997 case and Loflin would have been arrested in connection to the Marlene Rose homicide.  Instead, Loflin was not identified as the murderer of Rose until 2011 when he was arrested in Tennessee on unrelated charges.”

After learning about the 1997 case, Quinn’s office began looking into other cold case rapes to see if there were other rape kits that had yet to be fully tested.

The district attorney’s office began testing kits in April 2021, after receiving a federal SAKI grant in 2019 and despite some delays related to the COVID-19 pandemic and other issues with the state lab.

All 1,148 previously untested rape kits are expected to be fully tested by the end of this year.

“I am optimistic there are other cases that will be solved as a result of our rape kit initiative,” Quinn said. “Our office discovered a major problem, took action and devoted an immense amount of resources to it, and is now in the process of solving it.” 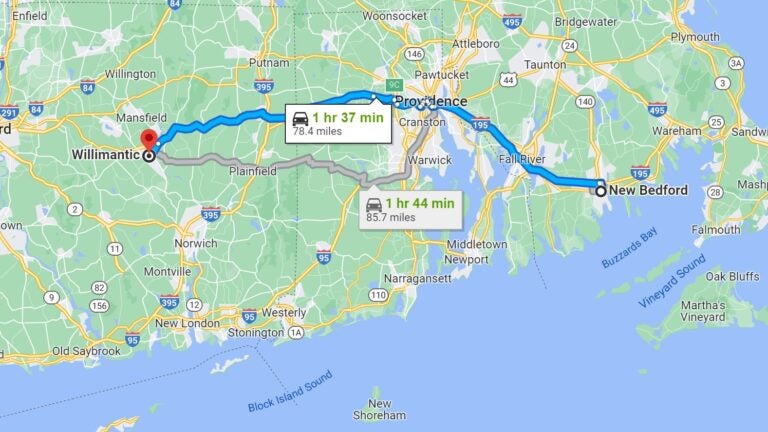