Father Edwin Sosa and his teenage son Christian Sosa were killed in a car crash late Monday night, leaving their family members, including Edwin’s infant daughter, to mourn the loss of a bright father and son about to get his first job.

Edwin is survived by his girlfriend Sylvia Aldana, and his baby daughter, Melody Rose Sosa. Melody is 10 months old and currently hospitalized, according to The Boston Globe.

Aldana and Edwin shared a home in Providence alongside Christian and Aldana’s two children from a previous relationship.

“The way they passed, it’s still a shock to us, and we can’t fathom the way they went,” Geiny Jardin, Sosa’s cousin, said. “It’s very difficult for us all. We can’t understand how this accident occurred.”

Jardin said Christian was wise beyond his 15 years and “carried himself with poise” at all times.

On the night of the accident, Edwin was pulling out of the parking lot of Alicante Restaurant & Lounge on Route 16 when his car collided with a Ford F-350 with a three-car carrier trailer attached.

The impact launched the car off the road and down a 20-ft embankment into Lake Nipmuc. Both father and son were taken to Milford Hospital where they were later pronounced dead.

Both victims were identified Sunday by the District Attorney of Worcester County.

“Edwin, Cristian you were beautiful souls who were loved and loved so dearly I pray that you knew that. No one is ever prepared for losses so huge such as this one so sudden and so drastic,” she wrote on the page.

Jardin said Sosa arrived in the United States in 2008 and worked hard to bring Christian over in August 2021. Jardin also said Edwin acted as a father for Sylvia’s children.

Edwin wanted to teach Christian how to be responsible as he grew into adulthood and got him a job at Alicante where Edwin worked as a chef.

Christian’s first day at the restaurant was Friday. The establishment closed Saturday and briefly reopened for Mother’s Day.

“I have never seen a man be so excited to have a little girl in his life. It filled me with joy,” Jardin said. “He was a very, very bright light.”

The driver of the Ford they collided with was taken to the hospital but did not suffer serious injuries, according to a statement from the District Attorney of Worcester County’s office.

No charges have been filed as of Sunday, according to Lindsay Corcoran, a spokeswoman for the district attorney’s office. 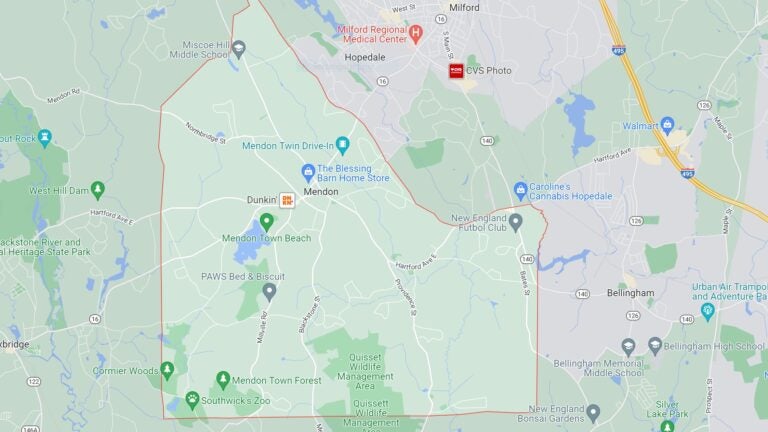