A Coast Guard helicopter from Air Station Cape Cod rescued four sailors off the coast of New York on Sunday after a wave broke the mast of their sailboat.

The U.S. Coast Guard tweeted Tuesday that they rescued the sailors 80 miles off of the eastern end of Long Island. They said they were crewmembers of the Calypso, a 39-foot sailing vessel.

“There were 16 to 17 foot waves out there at the time,” Petty Officer Briana Carter told The Boston Globe. “It was pretty heavy weather.”

“This was probably the best example of crew coordination and teamwork than any rescue I’ve been a part of,” Lt. Nick Zablotny told WBZ-TV.

The sailors were successfully transported to safety in New York to receive medical care and all are expected to survive, the news station reported. 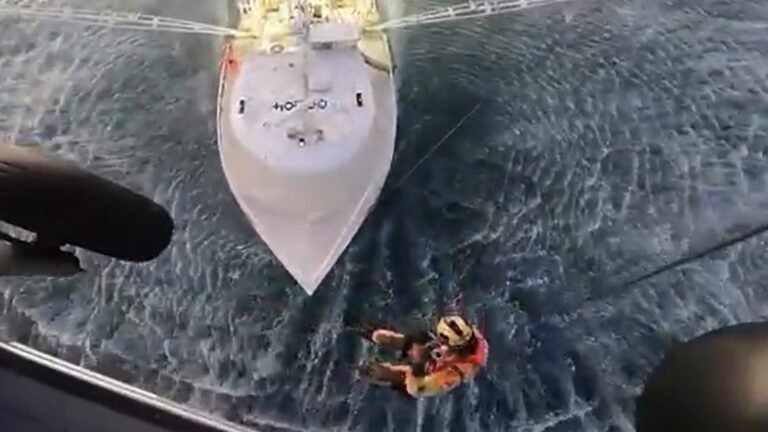