Stargazers are in for a rare treat this weekend, as a total lunar eclipse will be visible across the region.

A lunar eclipse occurs when Earth aligns between the sun and moon and blocks the sunlight that would usually bounce off the moon. A total lunar eclipse is when the moon and sun are exactly on the opposite sides of Earth, according to NASA. Despite Earth blocking most of the sunlight, a small amount makes it through the atmosphere and causes the moon to appear red.

Local viewers can expect to start seeing the lunar eclipse at 10:27 p.m. and will be able to see the total eclipse at 11:29 p.m. for around an hour and a half, according to NASA.

While Boston’s forecast shows some unfortunate partial cloud cover, astronomer Silas Laycock, who directs the Schueller Observatory at the University of Massachusetts Lowell, told The Boston Globe if it’s clear enough people in the city and suburbs should be able to see the eclipse.

If you happen to be out of town or the pesky cloud cover gets in the way, NASA will have a live broadcast of the eclipse on YouTube. 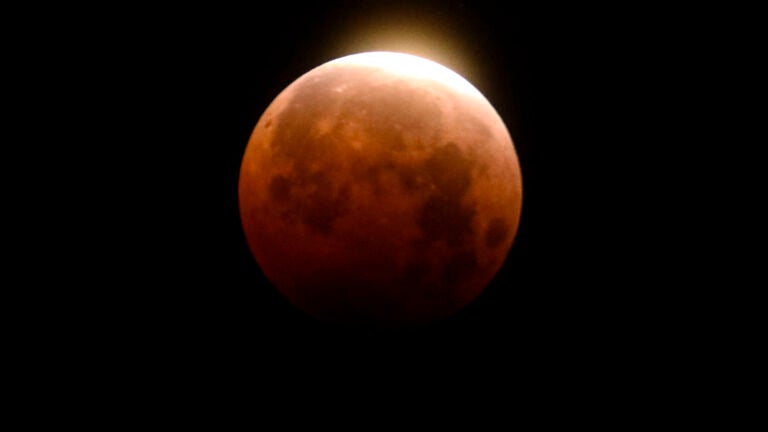 A total lunar eclipse in prime-time: How to watch