Two endangered North Atlantic right whales were spotted off the coast of two shorelines in New Hampshire on Friday, the New England Aquarium wrote in a Facebook post Saturday.

“It’s, for many, a once in a lifetime opportunity to see a right whale, and to see it right off your coast was pretty spectacular,” said Heather Pettis, a research scientist in the New England Aquarium’s Anderson Cabot Center for Ocean Life, in a telephone interview Monday. “For me, it was such a fun opportunity to share what I know about right whales.”

The two whales, Aphrodite and Andy, were spotted separately in North Hampton, N.H., and Hampton, N.H., Pettis said, and were both within a mile of the shoreline. Aphrodite (Catalog #1701) is a 35-year-old female who has given birth to six calves, and Andy (Catalog #2027) is a 32-year-old male, the aquarium said. 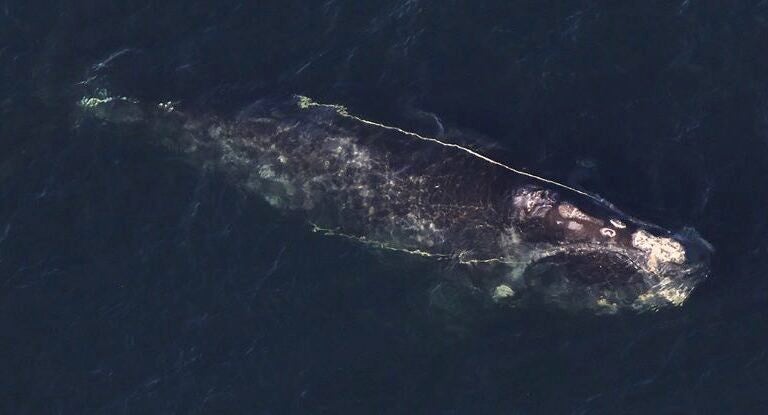