The death toll of the massive fire in Worcester that occurred on Saturday continues to climb.

On Saturday, officials said two residents had died. Acting Fire Chief Martin Dyer said Monday that two additional victims were found in the wreckage on Gage Street, WCVB reported. K-9 units were used to recover one victim at 8 a.m., and another at 1 p.m.

More victims could still be found, and responders have not yet covered the entire building, according to NBC 10 Boston. Four people were also injured, including someone who either jumped or fell from a window on the third floor.

The four-alarm fire completely consumed a six-family, three-decker home early Saturday morning, according to a press release. The residence is a “total loss,” officials said.

“I send my deepest sympathies to the families of the victims,” Mayor Joseph Petty said in a statement. “Tragedies such as this affect so many lives and our city will no doubt come together to support those who are suffering from such an unimaginable loss.”

Jim Li, the building’s owner, said that one tenant ran into the blaze to help save as many people as he could, WCVB reported.

“Instead of going out, he went up — upstairs to the third floor! He was on the first floor,” Li told WCVB. “He goes up on the third floor, [banging on] other people’s doors: ‘Fire! Fire! Go out! Go out!'”

Nearly 70 firefighters worked for about two hours before they were able to get the fire under control, according to NBC 10 Boston.

Firefighters were unable to finish searching the building on Saturday due to structural integrity issues, officials said. Two neighboring buildings were also damaged.

“I would like to express my sincere condolences to the families that have lost loved ones today,” Police Chief Steven M. Sargent said in a statement. “I appreciate the efforts of all the first responders that worked so hard to prevent further loss of life, including the Auburn Police Department who deployed their drone to assist us. We are committed to working closely with the Fire Department and our law enforcement partners to investigate the cause of the fire.” 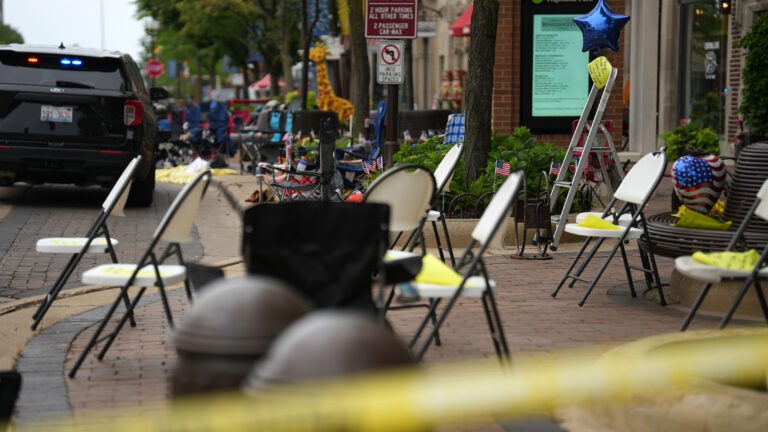