A freight train carrying hazardous cargo hit a tree on the tracks in Fall River on Monday evening, causing it to derail and its fuel tank carrying thousands of gallons of diesel to puncture and leak, police said.

There were no reported injuries and there is no immediate threat to public safety, Fall River police said in a statement. Police received a call at 7:29 p.m. reporting a derailed train in the area of North Main and Clark streets, police said.

The Mass Coastal Railroad train is believed to have been traveling south at low speed when it hit a tree that had fallen on the tracks, causing the train to derail but remain upright, police said. The train’s fuel tank, which was holding about 18,000 gallons of diesel, was punctured and started to leak, police said. The train’s cargo is still intact, the statement said. 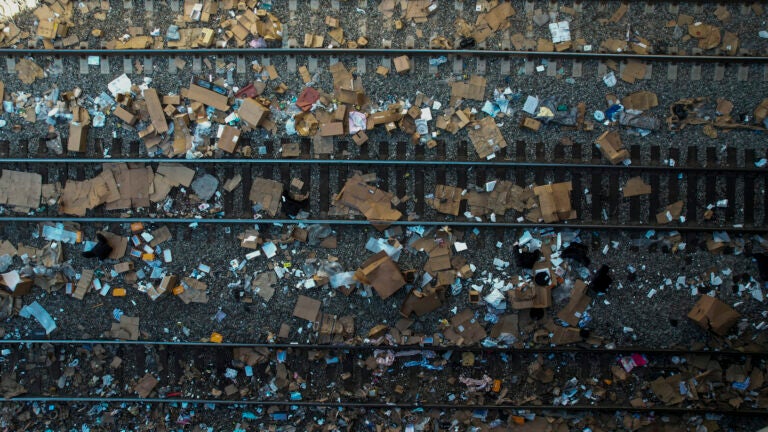 Train derails near site of recent cargo thefts in LA