Officials issued a public health advisory Monday for Jamaica Pond due to a suspected bloom of blue-green algae. It is also known as cyanobacteria. This “harmful algae bloom” could produce toxins that would make humans and their pets sick, according to a release.

Park visitors are being urged to avoid contact with the water and with any areas of algae concentration, even on the shore.

The pond is temporarily closed to water activities. This includes swimming, fishing, boating, or any other recreational activity. Dogs are also prohibited from swimming in or drinking pond water.

“If you, your child, or your dog comes in contact with the water or an algae bloom, rinse off immediately,” the release advised.

Blue-green algae forms harmful blooms in lakes, ponds, and rivers. It makes the water murky, sometimes looking like pea soup or paint. The current bloom looks like a dull green discoloration that “could be confused as otherwise safe pond water.” The harmful toxins created by blue-green algae could be present within the actual algae cells or in the water.

Contact could cause skin and eye irritation. Inhalation can cause respiratory irritation. It could also exacerbate pre-existing respiratory conditions. The toxins are not observed through the skin.

Symptoms for those that ingest blue-green algae are gastrointestinal, such as vomiting and diarrhea. If the algae is producing toxins, the symptoms could become more serious. Smaller pets would be particularly vulnerable due to their smaller body weights. Some toxins could even cause the liver, kidney, or neurological systems to fail, which could be deadly.

“Call your veterinarian immediately if your dog has been around an algae bloom and shows symptoms such as vomiting, staggering, drooling, or convulsions. These symptoms present themselves soon after exposure. Dogs have been known to eat the scum that washes ashore and/or lick scum out of their fur. In Massachusetts and in many other states, canine deaths have been documented due to the ingestion of harmful algae,” the release stated.

Algae blooms sometimes last for weeks during the summer, but could also disappear quickly, officials said.  The Boston Public Health Commission (BPHC) and the Massachusetts Department of Public Health (DPH) will coordinate in coming weeks to address the issue. Water samples must be taken and tested before a timeline can be established for when the advisory will end. 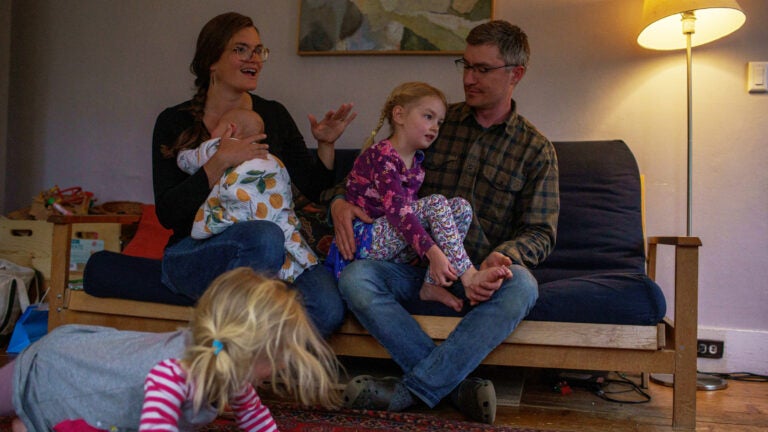 Meet the peecyclers. Their idea to help farmers is No. 1.