Always ready to act on an opportunity, Moderna says that it is developing a vaccine for monkeypox, a rare disease caused by monkeypox virus. The Cambridge biotech announced its plans Monday on Twitter, just five days after the virus was first detected in Massachusetts.

As of Tuesday, there was one confirmed and four suspected cases of monkeypox in the US. The Centers for Disease Control and Prevention said that the virus, which spreads through close contact, has recently been detected in at least 15 other countries, mostly in Europe. It is unclear how large the outbreaks will grow. President Biden said Sunday that the virus “is something that everybody should be concerned about.” On Monday, he added that the US should have enough vaccines “to deal with the likelihood of a problem.”

Novo Nordisk, a large pharma company headquartered in Denmark, makes a vaccine called Jynneos, which is approved for smallpox and monkeypox in the US. The CDC said Monday that the US has more than 1,000 of those shots in the nation’s Strategic National Stockpile, which it will start distributing to at-risk individuals. The government expects to receive more shots from Novo Nordisk in the coming weeks. 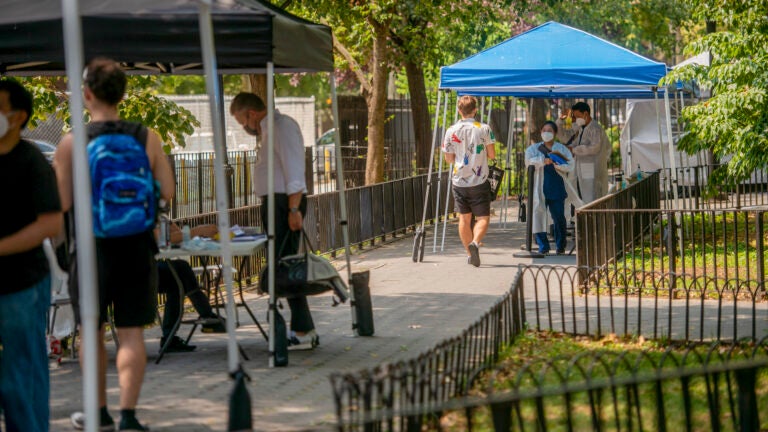