The MBTA identified the improper installation of brake bolts in seven new orange line trains, an official said Thursday. This came after an inspection of the entire fleet of new Orange Line trains, WCVB reported.

All new Orange Line trains were pulled from service last week, when a brake became disabled at Wellington Station. To determine the exact cause of the malfunction, MBTA officials removed the trains “out of an abundance of caution.”

Workers spent four days examining the fleet and inspecting the brakes on all new trains. Their initial findings were that a bolt in one of the Wellington car’s eight braking units was not installed properly when it was assembled.

The same issue applied to seven additional cars, according to MBTA General Manager Steve Poftak. The new trains were assembled in Springfield by Chinese-owned manufacturer CRRC, according to a report from WBZ.

All Red Line cars and almost all Orange Line cars had been inspected by the time Poftak spoke to the agency’s board of directors on Thursday.

The bolts in question were not in the correct torque range, WBZ reported, and the problem was not visually obvious.

There are 24 bolts per car, and 144 per train, NBC 10 reported. The trains were returned to service after each bolt passed inspection. The new trains have six cars.

The MBTA announced the return of new trains Monday, and at the time said that the issue had not been found in any other braking units.

Poftak said that there are multiple braking units on each train, and this was never a threat to public safety, WBZ reported. The seven cars with problem bolts are being kept out of service for the time being, so workers can further analyze them. Officials made changes to the assembly process in response. Future inspections of these bolts will increase, Poftak said.

The new trains were also pulled from service last March after one derailed near Wellington Station. No one was injured. Video showed something appearing to fall near the track, followed by a small fiery burst and smoke. They were returned to service beginning last August.

In late 2019, they were removed from service for seven weeks after an unusual noise was detected. The trains returned in early 2020. 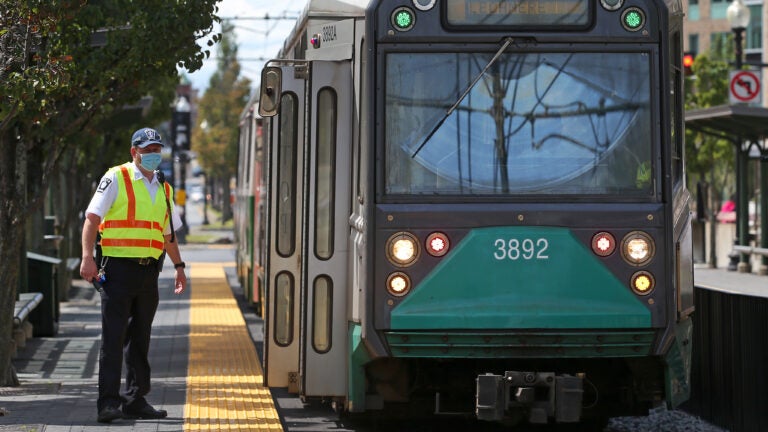