Passengers on a recent Red Line trip were startled when they heard shouting coming over the public address system, leading to fears that someone might have taken over the train.

But yelling into the intercom was all the offenders could do, according to the MBTA, which says it isn’t possible for outsiders to access the train’s controls.

“There have been some incidents in which youths have behaved imprudently by breaking into the cab in the middle of the train set (that’s where they gain access to the microphone for the P.A. system),” Joe Pesaturo, a spokesperson for the MBTA said in an email.

“There is nothing the youths can do in the center cab except use the microphone,” Pesaturo said. “All of the functional elements and controls for train operation are limited to the front cab in the train’s first car.”

Still, it was enough to make someone aboard call police, Kate Darling, an attorney and robot ethicist for MIT, told The Boston Globe.

“Anything that was being said to the intercom was just like shouting … It’s so scary being in a train and not knowing who has control of the train,” she told the newspaper.

But the train operator is the only one who has control of it, regardless of who is using the P.A. system, according to Pesaturo.

“The MBTA Subway Operations team will work with Transit Police to help find way[s] to reduce these incidents of youths breaking into the cabs in the middle of the trains,” he said.

On the same train, a teenager also used a smoke extinguisher in one of the cabins.

Instead of riding the train to her usual stop, Darling said she got off at Charles Street station and took the 26-minute walk to MIT. Most of the other passengers also got off there, according to the Globe.

“It’s not unusual for the train to, like, stop and start a bunch, but in combination we just weren’t sure what was going on,’’ she said, according to the Globe. “We were alarmed so we were glad to be able to get off the train.” 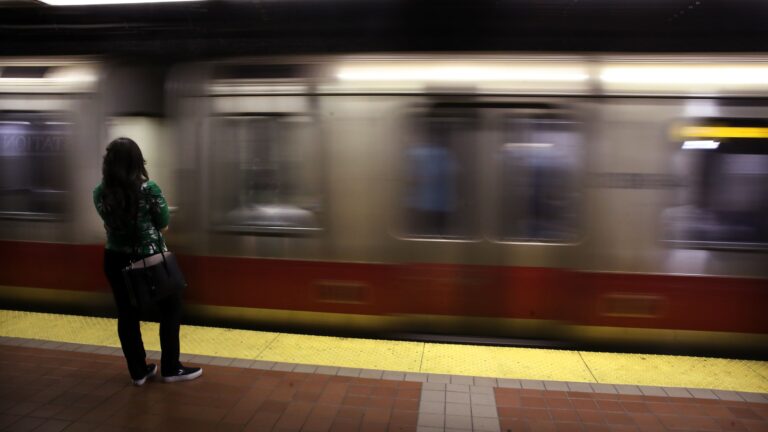 Under pressure from feds on staffing, MBTA to reduce weekday service on Blue, Orange, and Red lines