The public address system on an MBTA train was once again taken over by an unauthorized person or persons, this time on the Blue Line.

On Twitter, user @jkoenigsamen said in a tweet to the MBTA that an inbound train on Monday had its P.A. system commandeered, and that the n-word was being used, among other profanities.

The user also said the person or persons got off at the Airport station and began shutting off the elevators and escalators, continuing to use bad language.

The T responded on Twitter saying it would have Blue Line supervisors look into the issue.

The MBTA did not immediately respond Tuesday to Boston.com’s request for information on the incident.

Juveniles have recently been taking over P.A. systems on trains. Last week, a group of Red Line riders were reportedly terrified when someone began reportedly screaming into the system.

The T has insisted that the teens cannot take over control of the train, simply that they break into the cab in the middle of the train to use the P.A. system.

“There is nothing the youths can do in the center cab except use the microphone,” Joe Pesaturo, a spokesman for the T, said in an email last week. “All of the functional elements and controls for train operation are limited to the front cab in the train’s first car.” 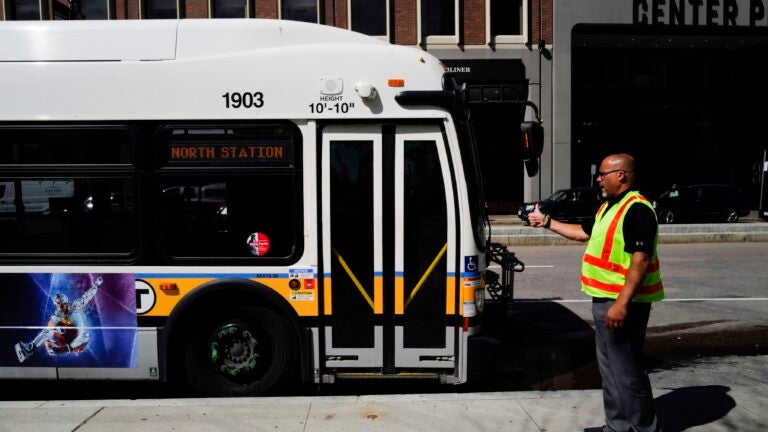