Jonathan Knight, a member of Boston’s hit boy band New Kids On The Block, is being sued by The Trustees of Reservations — Massachusetts’s biggest land trust— for allegedly violating conservation land restrictions on one of his properties.

Boston 25 News reported that the dispute has been going on for years, and involves six acres of land in Essex that is owned by Knight but has conservation land restrictions on it that prohibit most development for the sake of preservation

“I love the idea of land conservation. I love what the Trustees do. But sometimes it just gets to be a little too much,” Knight told Boston 25 News.

Knight’s land was originally part of a 100-acre farm that’s since been divided, but owners must still maintain its agricultural nature, the TV station reported.

Knight told Boston 25 that the dispute started when he tried to move a house on the land back about 120 feet, to be further from the road, which he said is noisy. The Trustees told him he couldn’t do this, according to the station.

Knight told Boston 25 News that the original argument was over the meaning of the phrase “substantially in the same location,” which is written in the conservation restriction.

“What is substantially the same location?” he asked, according to the news station.

Knight ended up moving the house across the street to another piece of land that is not under conservation land restrictions, Boston 25 News reported.

But a new problem arose when Knight tried to replace the building, which he told the news station he has the right to do.

“I sat in my kitchen with the Trustees and my lawyer, and we discussed building a barn that would be converted into a house because in the restriction it just talks about structures. It doesn’t talk about their use,” he told Boston 25 News.

“They said it would be a simple process. It would just be a vote in on the board, and they don’t think it would be that much of a big deal. That meeting never happened. Then they come back to me and say, ‘We don’t trust you. You’re going to rent it out to Airbnb and all this crazy nonsense.”

In its lawsuit, the news station reported, the Trustees claim Knight knew the rules and still tried to develop the land in a way that goes against the land’s restrictions.

Knight told the news station he understood the restrictions, but that the Trustees frequently change the rules.

“So for the past six years we’ve been negotiating with them and it just goes nowhere. And then they push the goalpost somewhere else and it’s just constantly going. Nothing gets resolved,” he told Boston 25 News.

The Trustees provided a statement to the news station on the lawsuit, saying that Knight knew about the restrictions before he bought the property.

“We appreciate the owners’ love for the property and have worked diligently over the last six years to maintain an open line of communication with them, but it is the Trustees’ legal responsibility to protect the land as spelled out in the conservation restriction,” according to the statement. “Also, we enforce the rights and obligations of owners of all properties subject to this specific Conservation Restriction equally according to the plain language of the Conservation Restriction.”

The Trustees said they view legal action as a last resort, and hope to come to an amicable agreement.

“We will not make exceptions that run afoul of our responsibilities to protect land that’s been under our care for nearly half a century,” according to the statement.

Scott Harmon, Knight’s friend who manages the land, told the news station, said they’ve tried to compromise, but so far have been unsuccessful.

“They want to change the conservation restriction so they have more control than they do now,” he said.

Knight and Harmon both told the news station that they want to resolve the dispute with the Trustees soon. 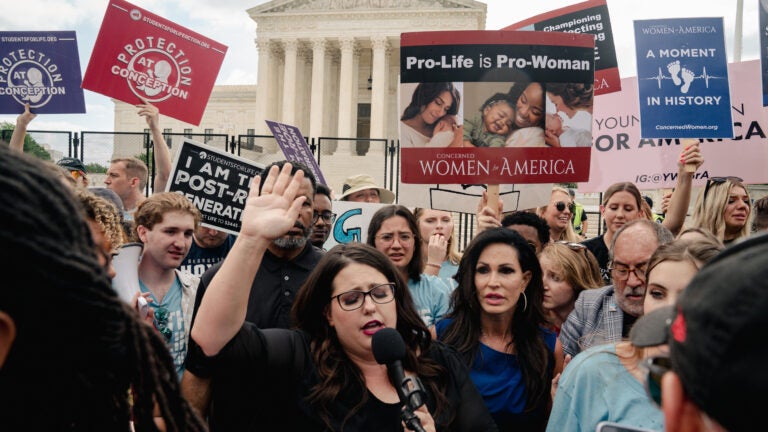