Several users on the viral video app TikTok have one viral video, but to go viral, stay viral, and build a following is a different story. Morgan Knight did just that.

The launching point for her viral, and sweet, side hustle was a video starring two frosting frogs and a short audio clip about the video game Fortnite in early 2021.

“I made a frog cake, which was kind of trending at the time for my friend and it was completely vegan. And I put that in the caption which I feel definitely added to it,” she said about the process of making the video a hit. “I used a trending sound that I had just seen a few different times … and it kind of immediately got attention.”

Following close behind that was a compilation of Knight baking different goodies with text “being the designated baker friend of the group” splashed across the front.

Although she conceded she doesn’t know how TikTok works its all-mighty algorithm, she said posting often and posting content she thought would pique viewers’ interest contributed to her continued success.

“The ones (cakes) that are specific to a certain niche get the most (views). Like a Mamma Mia cake that I still get a bunch of attention on or a Spongebob cake, they’re still in my style…but I can usually tell those are the ones that are going to do the best,” she said.

Some other TikTok users have even remade cakes she’s posted to her account. including the aforementioned Mamma Mia cake.

Sadly, Boston’s favorite TikTok baker will be leaving Boston behind to move to New York City to pursue a full-time job as a paralegal. But that doesn’t mean Saint Street Cakes is going anywhere.

“Most of the money that I make from Saint Street as an entity is not through cakes. It’s through content creation and not even for my own account,” she said.

Knight made advertisements featuring her baked creations for different companies without having to post on her main account about them at all.

In terms of the future for her sugar start-up, Knight said she hopes to one day combine her passions for social justice, law, and baking into a physical store that also doubles as a community space.

“If I ever do open up like a brick and mortar space, I’d love to have it be a community space where people can host free events and have it be a place people can speak to each other,” she said. 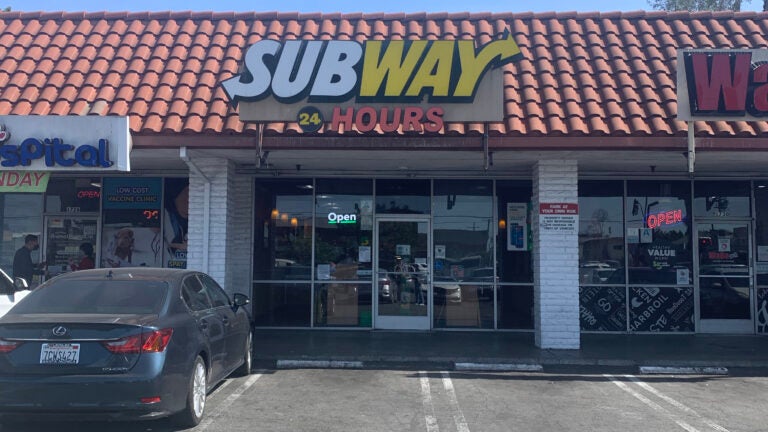 She flew to Australia with a Subway sandwich. She was fined $1,844.