Shelby Scott, the former WBZ reporter known for her storm coverage and for being one half of the nation’s first all-female anchor team, has died. She was 86. Scott died at her home in Tucson, Ariz.

After getting her start in Seattle, Scott moved to Boston. In 1965, The Boston Globe reported that she was the only woman on Boston TV news.

To those that worked with Scott, like her news director Peter Brown, she was seen as both a force to be reckoned with and as a caring advisor to future generations.

“Shelby, as much as she would not want me to say it, was a pioneer — she was a trailblazer in journalism,” Brown told the Globe. “She was a mentor. She inspired so many women and men who wanted to work into TV news. I saw her smile at the line from the young reporters: ‘Shelby, I grew up watching you on TV.’”

While Scott reported on a wide range of topics — and particularly enjoyed stories focused on animals — most viewers associated her with coverage of snowstorms. She used her winter hats to advise viewers. A red cap meant that people should stay inside, while a blue hat advised caution and a white one meant a storm was not too bad.

Scott was synonymous with snow storms to other media outlets as well. In 1996, a report from the Globe compared her height, 62 inches, to the snowfall accumulation totals of past Boston winters. The report wondered if snowfall totals would create a “2-Shelby winter.”

Scott was born as Shelby Schuck in Seattle, but changed her name at the suggestion of superiors at WBZ, the Globe reported.

Scott’s first major assignment in the Boston area was covering the “Great Northeast Blackout” of 1965, which caused millions in New England and beyond to lose power for hours. She eventually worked with Jack Chase on the news at noon, according to her Massachusetts Broadcasters Hall of Fame biography. By 1976, Scott was co-anchoring the 5:30 p.m. newscast with Gail Harris, making history as a female duo.

She resumed reporting in the mid-80s, and retired in 1997. But if a storm was notable enough, Scott came out of retirement for special reports, once again getting battered by icy winds for the benefit of those watching at home.

Scott was elected president of the American Federation of Television and Radio Artists (AFTRA) in 1993. She served in that role until 2001, according to Deadline. Scott helped spearhead the movement to fuse AFTRA with SAG, the Screen Actors Guild.

“In front of the camera, Shelby Scott’s career spanned decades and broke barriers. But it is for her work off-camera as a dedicated union leader that we at SAG-AFTRA will always be most grateful,” SAG-AFTRA National Executive Director Duncan Crabtree-Ireland told Deadline. “Shelby’s legacy is profound, and she will be deeply missed.”

A private family service is likely, according to WBZ.

Visit This affordable airline says it will bring at least 20 routes to an R.I. airport 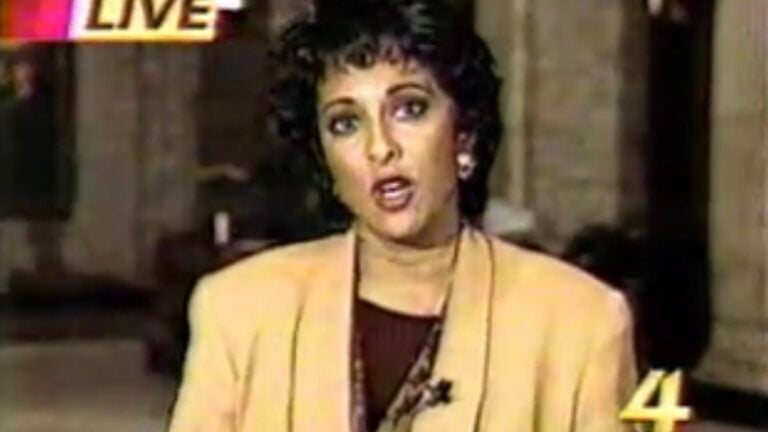