After 60 years of providing assistance to members of the community, firefighters and civilians alike, Rev. Daniel J. Mahoney is stepping down as Boston Fire Department chaplain.

92-year-old Mahoney was honored with a Mass of Thanksgiving Sunday afternoon. He’s been with the department since 1964, according to The Boston Globe.

During that time Mahoney rescued sacred scrolls from a burning temple, acted as the “spiritual guardian” of the department according to Boston Fire Commissioner John Dempsey, and fought antisemitism. He was recognized for that effort by the Anti-Defamation League in 2006.

“Everyone is awestruck by the amount of time Father Dan has given to the Fire Department,” Dempsey said.

Before his time with the Boston Fire Department began, Mahoney showed extreme courage in the face of danger.

In 1959 Mahoney was witnessed saving a young man from a house fire. That witness would later be a Massachusetts State Police Trooper.

In August 1982 Mahoney showed his deep dedication again when he risked his own life during a fire at Temple Tifereth Israel in Everett. The Boston Globe reported Mahoney was one of a few people, including another fire chaplain, who chose to go inside the building in an attempt to find and rescue several sacred scrolls.

During the process, while they succeeded in passing a few through the window, the roof collapsed leaving Mahoney to crawl out of the structure.

Mahoney’s influence across generations of local firefighters was not lost on Dempsey. 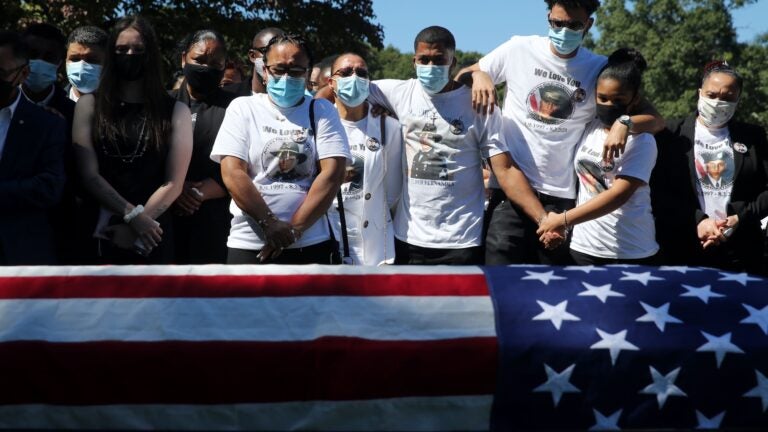