Quarius Naqua Dunham, the 8-year-old New Hampshire boy who was killed in a random shooting while on a family trip to South Carolina late last month, is being remembered as a good friend with a joyful spirit and basketball talents he hoped would someday carry him to a professional career in the NBA.

“He always greeted people with a hug, and lit up every room he was in,” the organizers of a GoFundMe fundraising campaign for the Dunham family wrote on June 3. “One of the amazing things about his spirit is that he literally made every kid he was around think they were his best friend.”

Authorities in South Carolina said Quarius, of Portsmouth, was killed on May 28 when Charles Montgomery Allen, 40, allegedly randomly shot at passing vehicles outside his Florence residence.

Allen is facing several charges, including one count of murder and two counts of attempted murder.

Quarius, who was on a trip to attend his brother’s graduation, was removed from life support the following day, officials said. His father, who was driving the vehicle Dunham’s family was traveling in, was also shot but survived.

Organizers of the GoFundMe campaign wrote that Quarius, a third-grade student at Little Harbour School, “touched every person he met with his vibrant smile, infectious laugh, snappy shoes, and ambitious dreams.”

“He was known around school as the fastest runner, the best kickball player, superb soccer guru, and a ‘god’ at basketball,” the fundraiser’s webpage reads. “He dreamed of one day playing in the NBA, and people around him really believed this could happen.”

Last week, Erin Lawson, principal of Little Harbour School, recalled Quarius’ signature smile was “one of the first things you would notice about him,” according to the Portsmouth Herald.

“When he laughed, you couldn’t help but smile yourself,” Lawson said. “Quarius was a good friend who will be missed by those who knew him.”

According to campaign organizers, in addition to his father, Matthew, who remains hospitalized, Quarius leaves behind his mother, Tecali, who is expecting a baby in September.

“Tecali is living out of a hotel in South Carolina, grieving and trying to be there for her husband through his recovery,” the page reads. “They are not working at this time and face mounting bills for housing, medical care, meals and other living expenses.

“They’re trying to afford three memorials for Quarius – a family wake in South Carolina, a full family service in North Carolina and a memorial service with their community in Portsmouth,” organizers wrote. “Once they return home to New Hampshire, Tecali will be preparing to care for a newborn while she supports her husband on his journey to heal from a gunshot injury.”

The fundraising effort to help support the Dunham family through their various expenses had garnered more than $149,000 of its $200,000 goal as of Monday morning.

“Our hearts and prayers are with this family as we support them through this heart-wrenching tragedy and try to help them welcome a new child into the world,” the page reads. “Donations of any size will go a long way to help ease their financial burden at this unimaginably difficult time.” 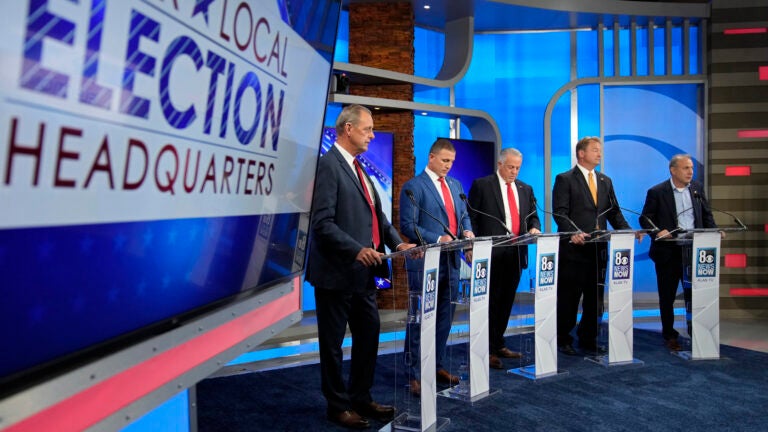 2022 midterms: What to watch in South Carolina, Nevada and Maine