A woman has died after being pulled from the Merrimack River in Newburyport. Four other people were rescued, and the Coast Guard, State Police, and several local police and fire departments are still searching for a 6-year-old boy.

Newburyport Fire Chief Christopher LeClaire told reporters during a news conference that the six people were a family of two parents and four children who were fishing near Dear Island.

According to Newburyport fire, while the family was fishing, two children got into the water. Their mother went into the water to get them, and a nearby fishing boat came to help and hoisted a 7-year-old girl onto the boat.

The fire department said that the mother was unable to get herself onto the boat, went underwater, and did not resurface.

Rescuers responded just after 7 p.m. They located the mother and were able to bring her out of the water, but she was unresponsive and not breathing, the fire department said. CPR was administered by rescuers on scene.

The fire department said the mother was taken to Anna Jaques Hospital in Newburyport where she was later pronounced dead. Her identity is not being released as police are still notifying her next of kin.

LeClaire said four of the family members are being treated at a hospital and may have minor injuries but are doing ok.

Twelve search and rescue boats from local, state, and federal agencies are still searching for the 6-year-old boy in the water, and the search could continue overnight, authorities said.

LeClaire said that as more time passes, it is more likely they will be looking to recover a body, but that agencies are still putting in their best efforts for a rescue.

The Chain Bridge is closed in both directions until further notice due to the investigation and rescue efforts.

This is a developing story that will be updated as more information becomes available. 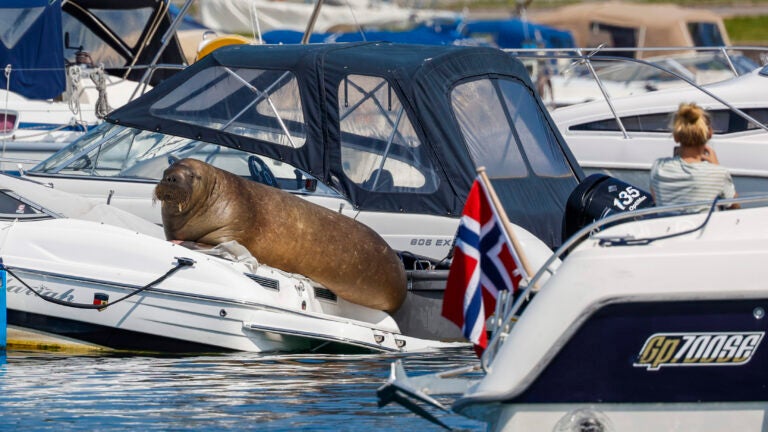 Fundraiser launched for statue of Freya, the walrus Norway euthanized