Amid an uptick in reports of date rape drugs — such as Rohypnol, Gamma-hydroxybutyric acid or GHB, and Ketamine — found in Massachusetts bars, the Barnstable Police are warning the public about a new source of concern: vapes.

Police released a statement on Tuesday about new reports coming from patrons of local bars of feeling the influence of date rape drugs. These symptoms can include being unaware of surroundings, memory loss, being suddenly groggy, or feeling drunk despite not drinking any alcohol.

“As a result of the ongoing investigation, information has been developed that the method of ingestion of these drugs may not just be drinks, it is possible that the substance is being delivered via altered ‘vape’ cartridges,” read the post.

Police ask anyone with information regarding “individuals or establishments selling or distributing altered ‘vape’ cartridges” to contact the Barnstable Police Detective Unit at 508-778-3820.

This isn’t the first time Barnstable Police have published a community advisory on the topic. On May 23 the department warned the public of an increase in reports of patrons experiencing the aforementioned symptoms.

They said these date rape drugs can be “scentless, colorless, and tasteless” and encouraged the use of the “buddy system,” as well as other precautions.

Making sure alcoholic drinks are served directly from the bartender, never leaving a drink unattended, taking a drink to the bathroom if needed, and covering drinks are all behaviors encouraged by the police department.

Police also mentioned there are “several options on the market” to help detect date rape drugs in drinks.

One of these is SipChip, made by a company called Undercover Colors. The device is a small contraption, slightly resembling a single serving creamer that could be found in a local diner, that is able to detect date rape drugs. A drop of a drink is put into the small container, the user waits 30 seconds, and then two of one lines indicate if that drink is positive or negative for the drugs, respectively.

Another piece of testing technology is called Knope from KnoNap, with similar testing mechanics. The packaging of this device resembles an at-home COVID-19 test. 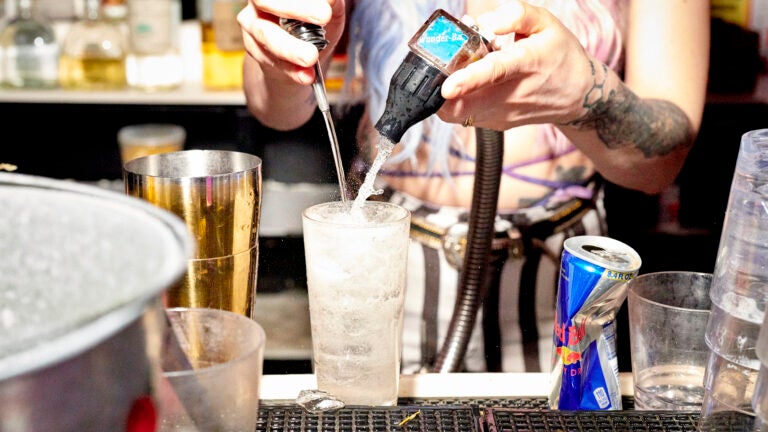