Massachusetts U.S. Attorney Rachael Rollins on Wednesday said the Bay State should be the standard bearer for comprehensive gun control laws for the rest of the country to follow — but she has concerns about two gun-related issues locally.

“(We’re) very lucky in Massachusetts, and we should be a gold standard,” Rollins said during a panel on gun violence awareness hosted by the Red Sox Foundation at Fenway Park. “But I think, you know, I get worried because I think ghost guns and Glock switches are two things that we’re seeing an uptick of in Massachusetts.”

Law enforcement has seen a national rise in recovered so-called “ghost guns,” or firearms that don’t have serial numbers, which render them untraceable. Many are made from kits or through 3D printing.

The White House said in April there were approximately 20,000 of those guns reported to the Bureau of Alcohol, Tobacco, Firearms, and Explosives as recovered by authorities in 2021 — a “ten-fold” increase since 2016.

The Biden Administration announced earlier this year a new U.S. Department of Justice policy aimed at reining in the number of ghost guns in circulation by requiring manufacturers of gun kits to be licensed and including serial numbers on the kits’ frame or receiver.

Glock switches are illegal devices that allow a standard semi-automatic Glock pistol to fire as a fully-automatic handgun, according to the ATF.

WBMA reported the device, with the pull of a trigger, can empty a 30-round magazine clip in less than two seconds and can fire 1,200 rounds in one minute, when equipped on a firearm.

The switches can also be created by a 3D printer.

“My home printer can’t even print a sheet of paper, but 3D printers are making pieces that assemble, and Glock switches are something that you just push on a bottom of a gun…and you go from a semi-automatic to an automatic weapon,” Rollins said Wednesday at the panel, held in recognition of Gun Violence Awareness Month.

David Hogg: This could be a ‘tipping point in our country’

Both Rollins and Hogg, the now-Harvard senior who launched March for Our Lives with his high school classmates, said they are “cautiously optimistic” about the potential for national gun reform. They noted the recent mass shootings — including one at a Uvalde, Texas, elementary school last month — have left Americans devastated.

In the latest push for lawmakers to take up the issue of gun violence, a bipartisan group of senators reached an agreement earlier this week around a framework for what would be the nation’s most significant federal gun reform package in decades. However, provisions would fall short of the changes many Democrats have called for.

Still, the agreement would allow the juvenile records of prospective gun buyers under the age of 21 to be available for background checks. It would also offer financial incentives to states to adopt “red flag” laws that allow authorities to temporarily seize guns from people considered dangerous.

Hogg, who has issued calls for bipartisan solutions to gun violence, said he believes this moment in time could be a “tipping point in our country, at a point where we really start to address this issue substantially at the federal level.”

“I feel cautiously optimistic only because I know that, if nothing else, if these senators don’t end up doing anything, we’re going to outlive pretty much all of them — thank God,” Hogg said.

Yet, Hogg, who has spent the past three years studying conservative political movements, has grave concerns about the country’s future, especially in light of the Jan. 6, 2021, insurrection at the U.S. Capitol.

“The first unsuccessful insurrection is not the last, typically,” he added.

He urged panel attendees and viewers to make long-term investments in supporting gun safety advocacy organizations to fight back against the gun lobby in the meantime.

“If the NRA disappears tomorrow, they have implanted a virus in this country that is going to take decades to undo (and) it will take — I kid you not — billions of dollars to undo, and we are nowhere near that right now,” he said. “This is a David and Goliath situation right now. Please help David.” 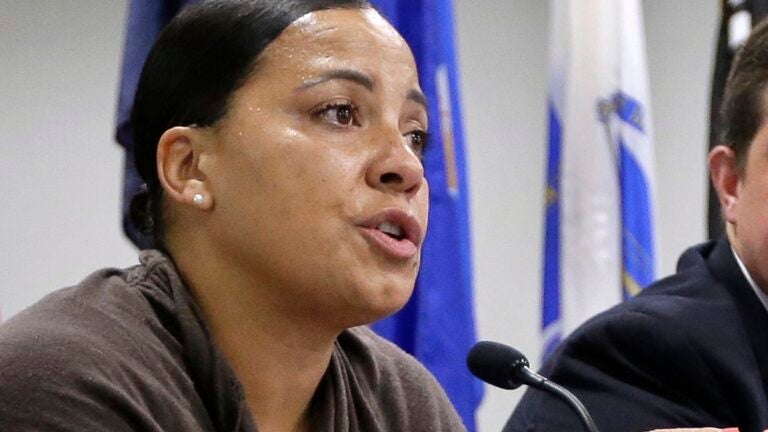