Boston has 9.5 million square feet of vacant or underutilized land that it plans to develop, Mayor Michelle Wu said Wednesday.

The land, which is made up of 1,238 parcels, was identified in an audit of city-owned land, and Wu announced its completion June 15.

“The city has been undertaking an enormous cross-departmental collaboration to take a closer look at all of our city-owned properties,” Wu said at a press conference Wednesday. “Our goal is to ensure that our redevelopment efforts moving forward will advance the use of public land for public good.”

“We envision mixed use and affordable housing, upgrading city facilities, public green spaces, and we have an incredible opportunity right now to bring our neighborhoods closer and reimagine how we live, work, and come together,” Wu said.

Wu was joined Wednesday by a number of local elected officials and city leaders to announce the completion of the audit, including City Councilor Kenzie Bok, state Rep. Dan Ryan, and Gigi Coletta, the city councilor representing Charlestown.

“This is our moment to reimagine and define our neighborhoods for future generations and improve the public realm,” Coletta said. “This is such an exciting opportunity to review existing public facilities and work with community members to help realize visions that have been repeatedly expressed for years.”

Community members have a variety of ways to get involved with the results of the land audit — both in person and online.

The results of the audit will be available on the city’s housing website, Wu said, in five different languages. There is also a digital mapping tool to track and show updates to the list of properties.

“This will give residents the ability to directly go and explore our land inventory — that is your land, taxpayer-owned public land — and it will give you the chance to see what the plans are and which public lands are being used or are currently proposed for various uses,” Wu said. “Most importantly, it will give you the chance to offer feedback and suggestions for development to address the most urgent needs in each of our neighborhoods.”

There will also be a series of community listening sessions this summer, Wu said.

Of the vacant or underutilized parcels overseen by the city, 42% or 526 sites are already in the pipeline for potential future projects, the Mayor’s office said. Only 106, or 9%, of the identified sites are classified as representing high opportunity for development and aren’t yet in the process of development. Less than a quarter, or 21%, of sites “present little opportunity for development or community use,” the release said.

Jim Canniff, the provost of Bunker Hill Community College, said he is looking forward to the continued partnership between the school and the city.

“As we think about planning, we take the word ‘community’ in our title very seriously. What is best for our students? What is best for the surrounding community that we serve?” Canniff said.

The Chief of Streets of Boston, Jascha Franklin-Hodge, said this data allows the city to plan and build housing in a way that is aligned with transportation infrastructure.

“I think as you see this group of city leaders up here today, what you’re seeing is an understanding of and commitment to working together recognizing that housing and transportation do not stand alone,” Franklin-Hodge said. “We’re really excited to get started right here in Charlestown and elsewhere in the city, where we have this incredible opportunity to do more with the land that the city currently has.”

Wu said the city has the infrastructure and resources to build a “more vibrant, more affordable city” and this audit gives a blueprint on where to go from here.

“Our focus is on making sure that every square foot of that land is being used or planned to be used for the best and highest public good, and in some cases that could be new buildings to house residents or to meet needs in our neighborhoods, or to provide services that we want to see in every single neighborhood,” Wu said. “It could also be making sure that there’s a park and open space so that all of our neighborhoods have space where kids can go and families can take a walk and breathe in the fresh air.

“This is really about getting out into the neighborhoods and actualizing what the connection is between real-time needs and what we’re able to provide through city-owned resources,” she said. 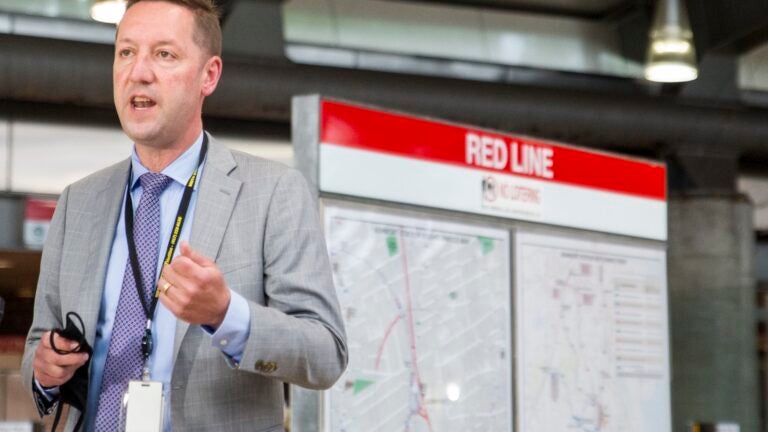