Easton police are investigating after a car crashed into the New England for Trump store on Route 138 on Thursday.

The black 2015 Volkswagen Jetta drove through the front glass of the store shortly after 5 p.m., Deputy Chief Keith Boone said in a post on the department’s Facebook page.

The driver, a 46-year-old man from Raynham, was transported to Good Samaritan Medical Center with non-life-threatening injuries, according to police.

The only employee in the store at the time was not injured during the crash, Boone said.

“Luckily no one was inside, but like 10 minutes prior to him hitting the store there was a little boy and his mom in here,” store owner Keith Lambert told the Boston Globe.

“Ten minutes later, the clerk who was working here would have been going to the bathroom and would have walked right into where the car was going to come in, so it was very close,” Lambert continued, adding that the crash caused tens of thousands of dollars of damage, the Globe reported.

The crash is under investigation by Easton police Officer Chris Aker. Police did not have any updates regarding whether this crash has been ruled intentional or accidental as of Friday afternoon.

Photographer Marc Vasconcellos shared images of the crash on Twitter, including a close-up of some bumper stickers on the vehicle — one of which was critical of former President Donald Trump.

A video of the crash, shared by Easton police, can be viewed below: 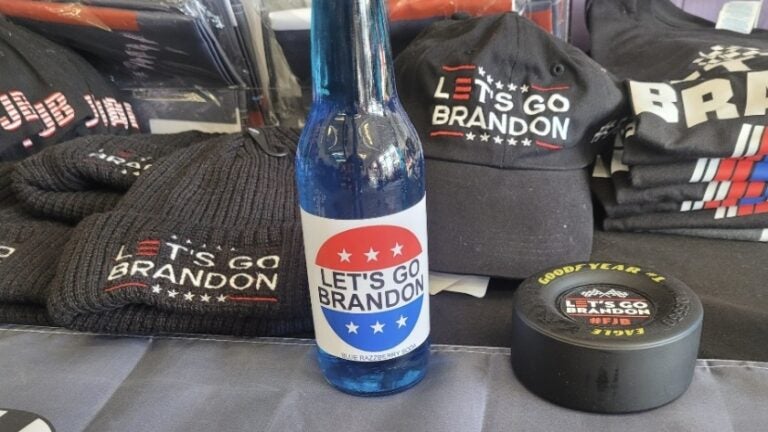