BOSTON (AP) — Republican Gov. Charlie Baker and Democratic leaders in the Massachusetts House and Senate are at odds over temporarily suspending the state’s gas tax.

“We hear from our constituents loud and clear that their dollars aren’t going as far as they used to, and we believe the Legislature has a role to play in providing relief. But we fear that, as many economists have warned, a gas tax holiday would result in billions of dollars in profits for oil companies—and only pennies in the pockets of consumers,” the two said.

“This isn’t fair, and we are not interested in benefiting multinational corporations while our residents continue to feel pain at the pump,” they added.

Baker, however, said it’s time for lawmakers to deliver some relief.

He said he supports passing legislation to suspend the state gas tax, pointing to President Joe Biden, who on Wednesday called on Congress to suspend federal gasoline and diesel taxes for three months.

“Thanks to a balanced budget combined with surplus tax revenues, there is more than enough funding available to suspend the gas tax, pass our tax relief plan and invest in Massachusetts’ future,” Baker said in a joint statement with Lt. Gov. Karyn Polito. 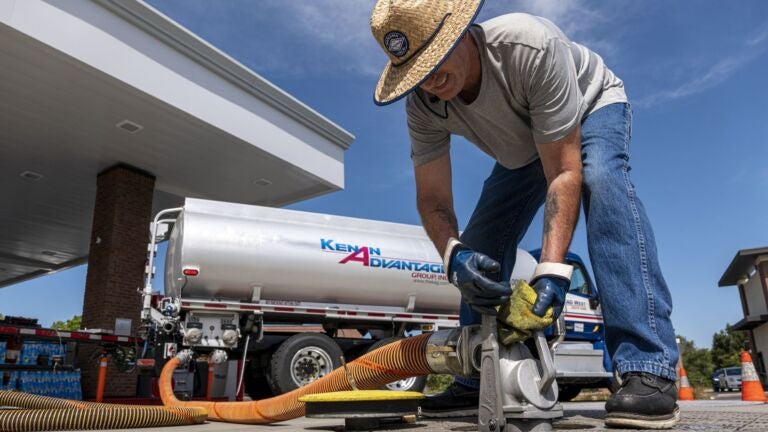 Why drivers are paying so much for gas right now