Looking for a place to cool off this summer? If you are planning on going to a city pool, double check that it’s open before you head out because a handful of city pools won’t be operating this summer. The season closures are due to construction projects, facility issues, and staffing shortages, according to Boston Centers for Youth & Families, or BCYF.

“It’s been widely reported that there is a national lifeguard shortage and we are no exception,” a city spokesperson said in a statement. “BYCF is currently conducting mass hiring and active outreach throughout the city while also taking on needed facility upgrades to guarantee the safety of all community members seeking to swim at our locations.”

The city has hired just over half of the 60 guards needed to be fully staffed for the summer, a spokesperson told Boston.com in an email. The full-time guards the city does have will be deployed throughout the network to offer programming in an equitable manner.

“It’s shocking that we’ve come to this point where we’re actually having to shutdown pools,” Wyatt Werneth with the American Lifeguard Association told NBC Boston.

Shortages might be influenced by the cancellation of many lifeguard training classes during the pandemic, Werneth said.

A community activist who used to lifeguard in Boston, Domingo DaRosa, is calling on the city to recruit more lifeguards for future seasons, according to NBC Boston.

“The pool is the heart of the community center,” DaRosa told NBC Boston. “When you lose a pool, you lose its biggest asset.”

Almost every neighborhood that has a pool closed for the summer has another public pool open within the neighborhood, with the exception of the South End and West Roxbury.

Here are the pools open as of this month, according to BCYF: 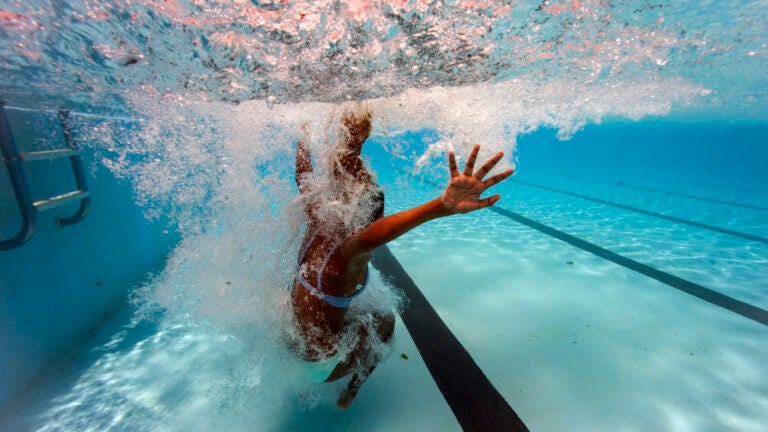 Get a pool's-eye view of Boston beating the heat