A fire in a high-rise building that is under construction downtown led to billowing smoke from the unfinished upper levels Friday morning.

At least six ladders were placed against the tower at 1 Congress St. for the firefighters’ response, according to The Boston Globe. The fire, which has been extinguished, was on the 20th floor of the 43-story building, and two construction workers were evaluated by responders but no serious injuries were reported, the newspaper reports.

Because of the fire, state police closed I-93 ramps in both directions to Government Center to accommodate the Boston Fire Department’s response.

The building is part of the Bulfinch Crossing development. It’ll be home to State Street Financial and InterSystems in the coming years, according to the Globe. 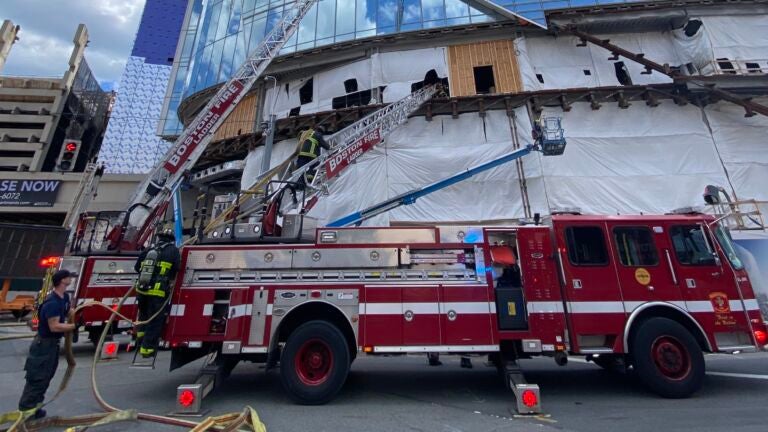