A man died in a three-alarm apartment fire in Groveland Friday afternoon — the first fatal blaze in the town since 1966, according to officials.

Investigators said the man, who was not identified, was pronounced dead immediately after they discovered him in a first-floor apartment at 2 Manor Drive.

The building, a four-unit apartment complex, was burning when firefighters arrived at the scene around 3 p.m., according to officials.

Groveland Fire Chief Robert Valentine said firefighters, who were stationed nearby on Main Street, responded to a 9-1-1 call and requested mutual aid from the West Newbury and Georgetown fire departments.

Groveland police were the first to arrive on scene, and saw people trapped in the back of the building, on the second floor. Police worked together with firefighters to rescue them, using a ground ladder, according to officials.

Groveland police and firefighters are investigating the cause of the fire, along with help from the State Police Fire and Explosion Investigation Unit. 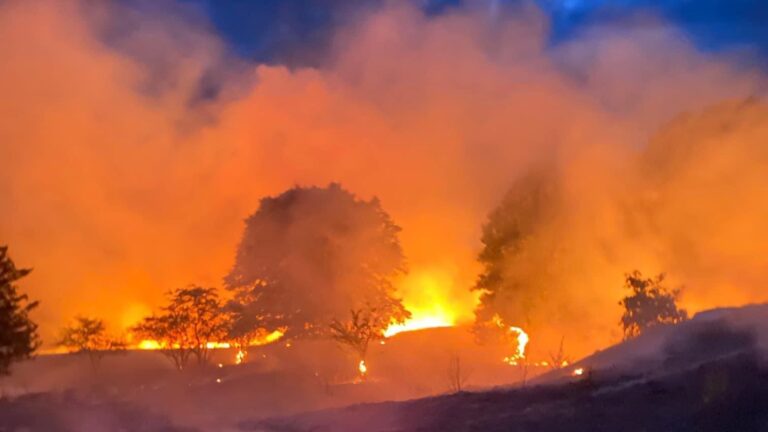 Mass. woods are on fire, and won't be out anytime soon, say officials