A Truro beach shut down for an hour Tuesday after the Atlantic White Shark Conservancy sent an alert that a shark was spotted nearby.

NBC 10 Boston reports that Head of the Meadow Beach was closed from 1 p.m. to 2 p.m. after the conservancy sent an alert on its Sharktivity app saying that there was a confirmed shark sighting nearby.

The Sharktivity app uses data from researchers, safety officials, and users to track shark sightings on New England’s coasts. It shows on a map where sharks, both confirmed and unconfirmed, have been seen.

The app helps raise awareness of white sharks on the coast and warns officials and the public when a beach might not be safe for swimming due to the presence of sharks.

According to the app, this is the third confirmed shore sighting of a shark on Cape Cod in the last week.

A week ago, an app user spotted a large seal with a large, fresh bite on its tail at Jeremy Point in Wellfleet. Two days ago, someone spotted a 10 to 12-foot shark at Nauset Beach in Orleans swimming to the left of a lifeguard tower.

White sharks come to Cape Cod every summer following seals, which are their food source. The first shark sighting of the season was on May 29 and happened off the Nantucket coast. 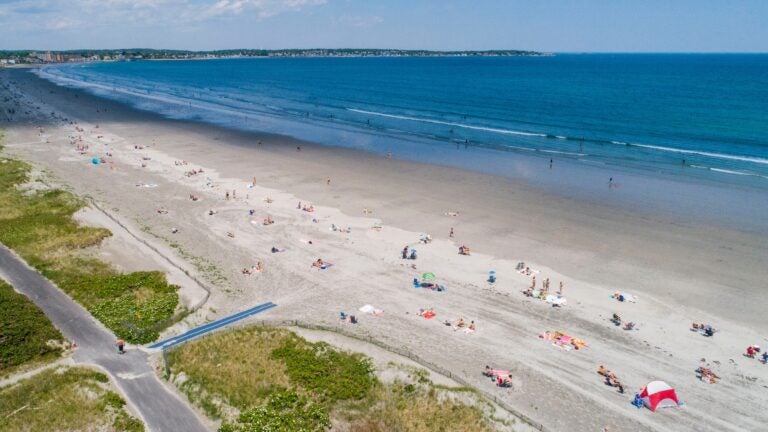