The incident was caught on camera by neighbors, who shared footage with local media outlets.

Jessica Cross told NBC10 Boston that she was watching a movie in bed when she “heard a big bang.” Four members of the Cross family were inside the Holten Street home, the news outlet reported.

The Pabisz family, who live nearby, were reportedly outside using their phones to record videos of the storm when they realized they had captured the moment that the bolt struck the home on camera.

“This massive ground strike came out of nowhere,” David Pabisz told WHDH. “The sky lit up, it was like the backyard exploded. It was so close.”

The Salem News reported that the bolt hit around 11 p.m. and residents called 911 after noticing a burning smell when the lightning hit.

Firefighters reportedly knocked the fire down by 12:30 a.m. and no one was hurt, according to The Salem News.

Watch the video, as captured by Maggie Pabisz and shared by NBC10 Boston’s Michael Rosenfield below: 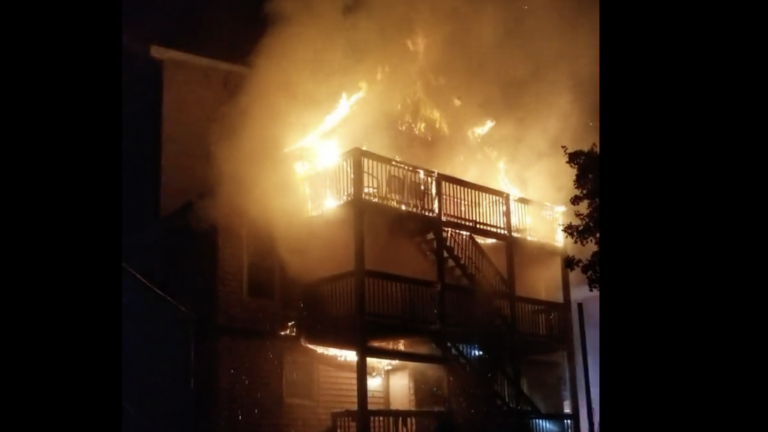