In a stern letter, the Environmental Protection Agency warned the company dismantling the decommissioned Pilgrim nuclear power plant against proceeding with a plan to dump waste water into Cape Cod Bay. The letter, dated June 17 and released by Senator Edward J. Markey’s office Wednesday, was the latest salvo in a controversy that has roiled South Shore and Cape Cod communities since last fall. That’s when the company, Holtec, floated the possibility of dumping approximately 1 million gallons of radioactive waste water into the bay.

In May, Holtec told the EPA in a letter that an existing permit allowed it to discharge treated waste water into the bay. But in its reply on June 17, Ken Moraff, a director in the EPA’s water division, flatly disagreed. “Your reading of the permit is, in fact, plainly inconsistent with the unambiguous provisions of the permit,” Moraff wrote to the company.

On Wednesday, a Holtec spokesperson said, “We continue to look at all the options available” for disposing the waste water. Holtec did not say if it had responded to the EPA’s letter. Pilgrim was shut down in 2019 after 46 years in operation. The water at issue was used to cool spent fuel rods and is being kept in a pool inside the nuclear power plant. Holtec could truck the water to a different site for disposal, evaporate it, or — likely the cheapest option, according to activists — discharge it into the bay. 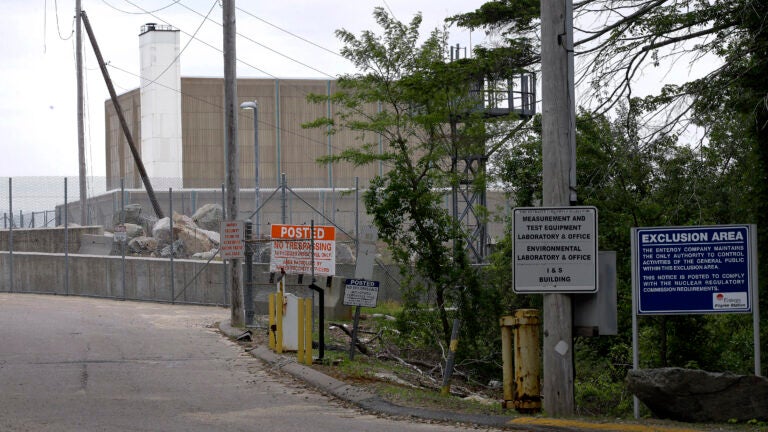