A bull on the loose for several days after escaping from a Massachusetts farm was finally captured in Pelham, N.H. Wednesday.

After a three-day search, the Pelham police department, along with cowboys called in from New York, were able to corral the animal and return it to safety.

“In my 15 years on the job, I’ve never seen anything like this,” Corporal Brian Kelly of the Pelham Police Department told Boston.com. “I’m not usually used to cowboys with lassos riding down Route 38.”

The bull escaped from Smith Farm in Dracut. The bull’s whereabouts were first shared in a video from the Pelham police department Sunday, which depicts the animal wandering around a wooded area.

Kelly explained the woods complicated the search, as it provided a convenient hiding spot for the bull.

“[It] was difficult to track down during the day, but we would get calls in the evening with sightings. We’d call the owner, but by the time anything could be done the bull would be back in the woods,” he said.

The bull’s owner eventually called the cowboy service to assist with the bull’s capture.

Kelly said that safety of both man and beast was the department’s top priority. The public, watching from their cars, cooperated in making space for the rescue.

“The bull wasn’t too happy, but as far as I know he’s home, safe, and uninjured,” Kelly said. 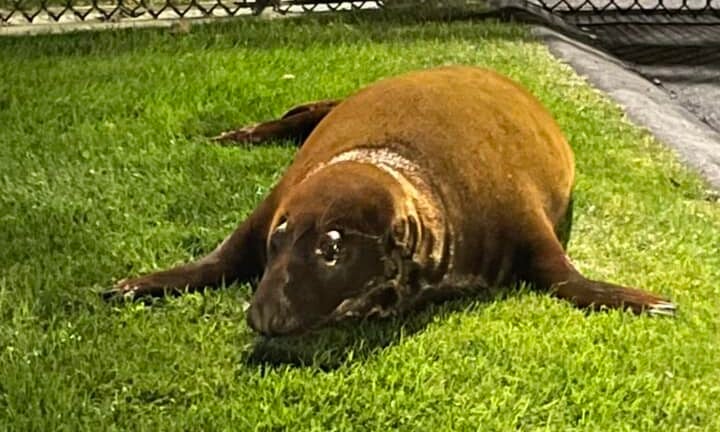 Shoebert the seal captured after a week in Beverly's Shoe Pond