Astronomers from Canada and MIT have detected an intriguing and unusually persistent radio signal from a galaxy several billion light-years from Earth.

According to MIT, the signal is what’s known as a fast radio burst, or FRB. These massively strong bursts of radio waves usually last for a few milliseconds. What sets this new signal apart is that it lasts for up to three seconds. Deepening the mystery even further, this FRB was intercut with period bursts of radio waves that repeated every 0.2 seconds in a clear pattern.

The signal, labeled FRB 20191221A, is the longest-lasting FRB ever detected. It also has the clearest periodic pattern ever seen in an FRB, according to MIT.

While this signal can be pinpointed to a specific distant galaxy, its exact source is not known. Right now, evidence suggests it is coming from a radio pulsar or a magnetar, two types of neutron star, according to the university. These are formed when stars more massive than the sun explode in a supernova. Their outer layers can blow off, leaving a small, incredibly dense core that keeps collapsing. The force of gravity is so strong that protons and electrons combine to make neutrons, hence the name.

“There are not many things in the universe that emit strictly periodic signals,” said Daniele Michilli, a postdoctoral researcher at MIT’s Kavli Institute for Astrophysics and Space Research in a statement. “Examples that we know of in our own galaxy are radio pulsars and magnetars, which rotate and produce a beamed emission similar to a lighthouse. And we think this new signal could be a magnetar or pulsar on steroids.”

The discovery of this FRB was reported in the journal Nature this week. Calvin Leung, Juan Mena-Parra, Kaitlyn Shin, and Kiyoshi Masui of MIT coauthored the paper with Michilli.

The signal was detected by the Canadian Hydrogen Intensity Mapping Experiment, or CHIME. This radio telescope, located in British Columbia, continuously watches the sky for radio waves emitted in the early periods of the universe. It is also sensitive to FRBs, and has detected hundreds of these signals since 2018.

While still working as a researcher at McGill University in December 2019, Michilli was reading incoming CHIME data when he noticed something strange.

“It was unusual,” he said, according to MIT. “Not only was it very long, lasting about three seconds, but there were periodic peaks that were remarkably precise, emitting every fraction of a second — boom, boom, boom — like a heartbeat. This is the first time the signal itself is periodic.”

Michilli told MIT that the intense flashes detected in this FRB might originate from a neutron star that is normally not very bright as it rotates, but for some reason ejected a large series of bursts in a three-second period that CHIME happened to be able to catch.

“CHIME has now detected many FRBs with different properties,” Michilli said. “We’ve seen some that live inside clouds that are very turbulent, while others look like they’re in clean environments. From the properties of this new signal, we can say that around this source, there’s a cloud of plasma that must be extremely turbulent.”

Astronomers now hope to pick up more periodic radio signals from this source, according to MIT. If they do, the signals could be used as a way to measure the rate at which the universe is expanding. 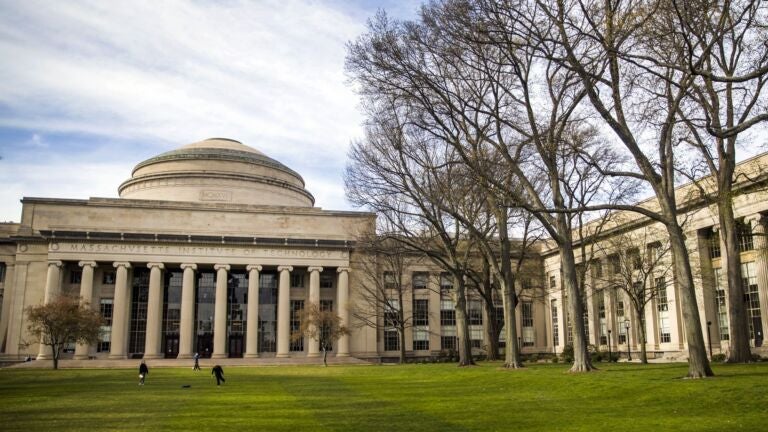