Shark sightings are a summer staple off New England coastlines, and this season is no exception.

In a video taken Sunday and shared by Nantucket Current on Twitter, a great white shark feeds on seals off the coast of Great Point. Seals can be seen escaping onto the beach, while the shark thrashes in water nearby.

“He’s, like, on his third seal at this point,” an onlooker exclaims.

Another video, shared by Facebook user Tom Corper on Saturday, depicts a group of Nantucket boaters reeling in a small shark. At the end of the video, the boaters unhook the shark, releasing it into the ocean.

Twelve sharks were spotted along the coast of Cape Cod this weekend, according to the Sharktivity app. The app, run by the Atlantic White Shark Conservancy, shows users the locations of white shark sightings to promote beachgoers’ safety.

“Just know that large sharks are here,” Winton said. “They’re a constant presence from June to the fall.” 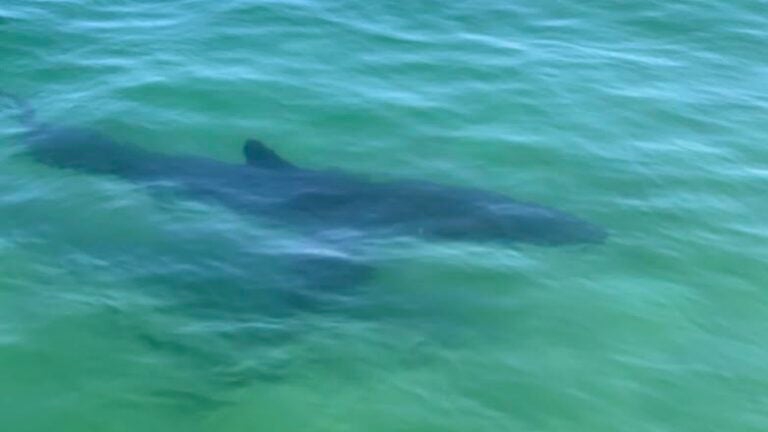