The man who shot himself during an hours-long standoff with police Tuesday on I-495 has died from his injuries.

State police said Antony Miele, 49, of Quincy died just before midnight at Lawrence General Hospital. Miele shot himself as law enforcement negotiators were attempting to get him to surrender peacefully, according to police.

The sequence of events that resulted in the standoff and shooting began just before 7 p.m. when police said a state trooper observed Miele in a 2018 BMW parked outside the Digital Federal Credit Union on Broadway in Methuen. The trooper reportedly recognized the the car as being in a BOLO (Be On The Look Out) alert distributed to police related to multiple bank robberies in southeastern Massachusetts.

When Miele began to drive away, the trooper, who was in an unmarked cruiser, followed, according to police. Later, when the trooper along with another state police colleague attempted to stop the BMW, Miele allegedly drove off.

Police kicked off a pursuit of the car in their cruisers, following as Miele allegedly fled south on Route 28 into Lawrence before getting on I-495 southbound.

Just after 7:10 p.m., police said Miele pulled onto the grass median after crossing into Andover, reversed direction, then stopped the car.

“Troopers pulled up to the vehicle and observed the suspect, Miele, holding a handgun to his head,” police said.

The law enforcement agency said troopers established a perimeter and state police negotiators spoke with the 49-year-old for almost two hours, attempting to persuade him to surrender “peacefully.”

“At one point, the suspect threw a ballistic vest and two firearm magazines out of the car, but maintained possession of the handgun inside the vehicle,” police said. “At approximately 9:10 p.m., Miele discharged a single round and inflicted massive injury to himself.”

The Quincy resident was taken to Lawrence General Hospital, where he was pronounced dead at 11:28 p.m. 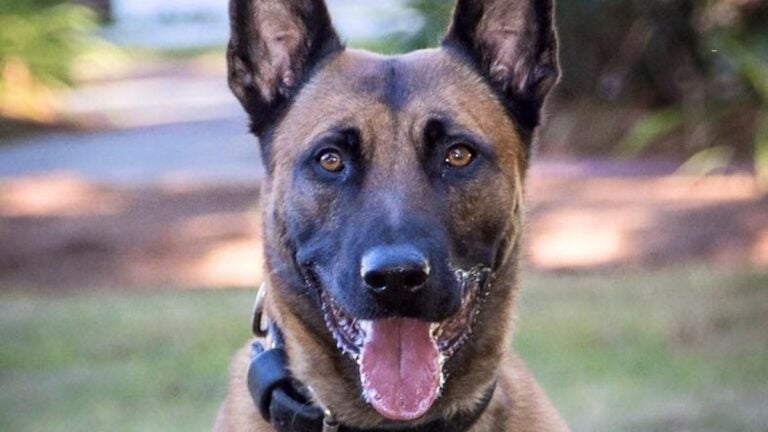