About 65 firefighters from 17 communities assisted the Concord Fire Department in knocking down a six-alarm blaze Sunday night.

The department responded to a report of a fire at a large, three-story two-family house at 119 Sudbury Road at approximately 9 p.m., according to a statement from Chief Thomas Judge.

Firefighters first found heavy flames on a second-floor rear porch, Judge said. From there, they discovered that the fire had extended inside on both the second and third floors.

The chief noted that “as many as six alarms were struck to bring additional firefighters to the scene to help out the fire and provide relief” due to high temperatures from this weekend’s heatwave.

Crews knocked down the fire around 10:25 p.m., but remained on scene to check for hot spots.

All residents were able to safely evacuate, but they are now displaced following the fire. The second and third floors were significantly damaged by fire, heat, and water, Judge said.

The chief added that no residents were injured in the fire, but one firefighter was transported to Emerson Hospital due to suspected heat exhaustion.

“This was great work by everyone involved to get this fire under control and prevent it from causing more damage,” Judge said. “I want to thank all of our mutual aid partners that responded and helped to put out this fire in these extreme temperatures.”

Officials from the Concord Fire Department and the Massachusetts State Police Fire & Explosion Investigation Unit assigned to the State Fire Marshal’s Office are still investigating the cause of the fire. 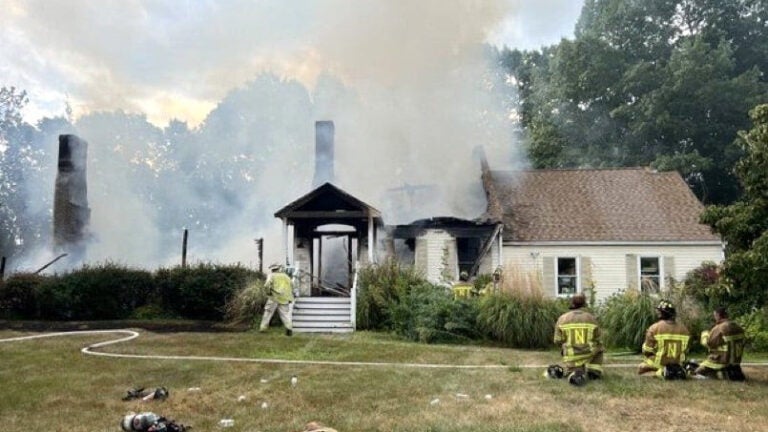