A Red Line train accidentally rolled hundreds of feet through Braintree station early Monday morning due to a braking issue, an MBTA spokesperson confirmed to Boston.com.

Just after 5:30 a.m., a two-car train set rolled out of the rail yard and onto the Red Line train tracks at the station, the spokesperson said. This occurred as MBTA workers were getting Red Line trains ready for the start of service.

Due to “diminished braking capacity,” the train cars rolled for about 800 feet before coming to a stop north of Braintree Station. One train operator was onboard at the time. There were no injuries or damage.

However, service was disrupted as MBTA employees worked to return the disabled cars to the rail yard. An MBTA post on Twitter from just after 8:30 a.m. said that passengers could expect delays of up to 20 minutes due to a “mechanical problem” near Braintree. At 9:20 a.m., the MBTA announced that regularly scheduled service had resumed.

The MBTA notified the Federal Transit Administration and the Massachusetts Department of Public Utilities of the incident, according to the spokesperson. A full investigation is now underway to determine if the rules and procedures for moving trains were properly followed.

In April, the FTA began a sweeping review of the MBTA subway system following multiple accidents that led to injuries or death. In June, the federal agency issued four “special directives” for the MBTA. These directives centered around better staffing at the MBTA operations control center, improving track maintenance, addressing unintended train movements and maintenance at rail yards, and ensuring that all employee training certifications are renewed regularly.

Last week, an Orange Line train caught fire in Somerville as it crossed a bridge over the Mystic River. All of the passengers were evacuated from the train, and no injuries were reported. The MBTA said the about 200 passengers were escorted off the train with the help of employees, but some passengers did through windows.

During an interview with WBUR Monday, Boston Mayor Michelle Wu said that the best way to address the myriad issues with the MBTA would be to “rip the Band-Aid off” with longer shutdowns. This would theoretically allow workers to make major changes all at once, instead of smaller, more frequent service disruptions.

From Wu’s perspective, the main issue with the MBTA is the age of its trains and the lack of maintenance they’ve had over the years.

“We are where we are because of an aging system — many of the train cars are decades past their useful life, the tracks needing to be replaced … the technology very, very out of date — and we are now seeing that that funding that didn’t get put in along the way to upgrade, improve, maintain is now all coming due in a huge bill right now,” she said. 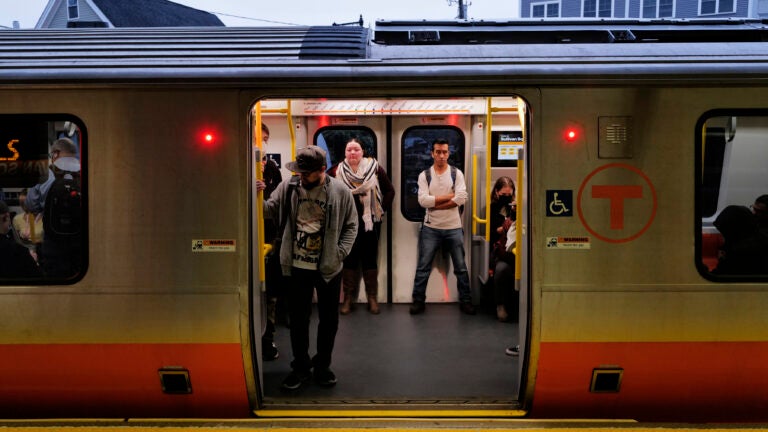