The average gas price in Massachusetts was down another 12 cents week over week on Tuesday, continuing the downward trend of the last few weeks.

Even so, according to a AAA survey, American drivers are changing their driving habits to save money in response to high gas prices.

On Tuesday, the average gas price in Massachusetts was $4.508 per gallon of regular unleaded gas, down from $4.62 per gallon a week earlier, according to AAA’s gas price tracker.

This continued the trend from the previous week, during which gas prices dropped 11 cents week over week.

Gas prices are also significantly lower than they were a month ago when the average was $4.937 per gallon.

AAA said in a news release Monday that the steady decline in prices is due to low domestic demand for gasoline and oil prices staying in the mid-$90s per barrel.

The price of gas at the pump has fallen every day since it hit a national record high average of $5.01 on June 14, AAA said.

“Consumers appear to be taking the pressure off their wallets as they enjoy fuel prices down 11% since their peak in mid-June,” Mary Maguire, AAA Northeast Director of Public and Government Affairs, said in the release.

“And there’s reason to be cautiously optimistic that pump prices will continue to fall in the near-term, particularly if the global price for oil does not spike. But the overall situation remains very volatile.”

Gas prices are still nowhere near the lows reached during the first two years of the COVID-19 pandemic. A year ago Tuesday, gas prices were exactly $1.50 less per gallon.

Perhaps this is why a national AAA survey released on Tuesday found that 88% of drivers are driving less to save money on gas.

The survey also found that 74% of drivers are combining more errands and 54% are shopping and dining out less as a result of the high gas prices.

About 30% of drivers said they are delaying major purchases and vacations to save money, while a quarter said they are putting away less money for savings.

While around 15% said they were carpooling or using a more fuel-efficient vehicle as a result of the high gas prices, only 5% said they were using public transportation more often, and only 2% said they are switching to an electric vehicle.

These survey results match the results of a March 2022 national survey from AAA which examined how high gas prices would need to climb before drivers changed their driving habits.

The average gas price in Massachusetts continues to be higher than the national average, which was $4.327 per gallon on Tuesday.

Nantucket and Dukes Counties continue to have the highest gas prices in Massachusetts, with the counties having an average price of $5.837 and $5.412 per gallon on Tuesday, respectively.

This week, Hampden and Franklin Counties had the lowest gas prices in the state, boasting an average price of $4.247 and $4.319 per gallon, respectively. 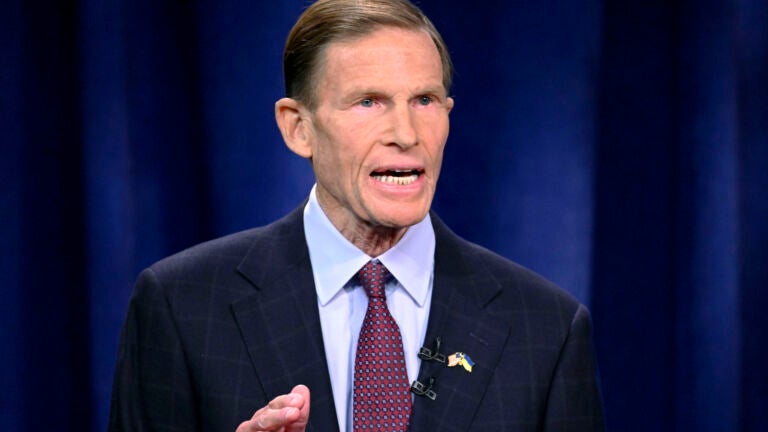